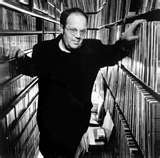 Vin Scelsa became a freeform New York radio legend at the old WPLJ and now-defunct WNEW-FM during the ’70s and ’80s. He continues to endure with his highly-praised Idiot’s Delight show. This article originally appeared in  Aqaurian Weekly in 2000.

“Whatever happened to the airwaves belonging to the people?,” long-time free form discjockey Vin Scelsa wonders as we discuss the demise of commercial radio. While trendy playlists and stale programming have dwindled radio’s mainstream audience to the lowest common denominator, free form crusader Vin Scelsa’s Idiot’s Delight program continues to endure. Amazingly, he remains the only significant New York personality given complete control to chose what songs get played over the airwaves.

At first, WPLJ flaunted an open ended avant-garde approach, allowing d.j.’s to mix free jazz with progressive rock and other subgenres. But as an increasingly restrictive format crept in, Scelsa left to join WNEW-FM, becoming Music Director before taking over the late night spot formerly belonging to the late, legendary “Nightbird” Alison Steele.

In ‘85, his well received Idiot’s Delight program debuted on K-ROCK. An informative show featuring an endless stream of records, live studio performances, interviews, and monologues, Idiot’s Delight catered to serious music junkies. By ‘96, WNEW (which recently changed its format to mostly ‘all talk’) acquired the informative music program which now airs Sunday evening from 8 PM to 2 AM.

Recently, Scelsa brought his free form show to the internet. Live At Lunch (http://www.artistent.com) airs from Tuesday through Thursday from noon to 3 PM.

Also worth noting is the fact Scelsa wrote humorous memoirs for this publication, Aquarian Weekly, during the early ‘80s.

Although Idiot’s Delight is now aired on WNEW, the station’s daytime programming switched to ‘all talk’ in ‘99. Why?

VIN SCELSA: Scott Muni fought against formatting NEW. He kept the formatters at bay because the station was highly successful. By the early ‘80s, the ratings were starting to slip and there was pressure on him to rein in the d.j.’s. Granted, we never went as far out as non-commercial stations or old PLJ did. We were mainstream on the countercultural, instead of Top 40, side. In ‘82, NEW had a management change. The d.j.’s who didn’t grow with the times were now becoming restricted by Richard Neer’s playlist. He was trying to make it work in a commercial way without altering the spirit of the station. They were going to format me, so I left. The presence, power, and influence of Scott Muni had kept the station loose. But the station went through a period of being bought and sold. Each time it was bought, new management and owners understood less of its heritage. So the image got eroded. By the mid-’90s, there was no soul left, but there was good will amongst the New York audience. It became misdirected instead of being adult, intelligent, interesting, educational, and a station that respects the music, instead of filling in the blanks between commercial breaks.

When I was a college discjockey, I felt the need to segue songs in thematic fashion. You’ve made an art of that with Idiots Delight.

VIN: The whole idea with free form is to take a variety of rock, Classical, folk, and Rhythm & Blues and blend them in a way where each song comments on the other and shows a relationship. There’s world music you could listen to and I defy you to tell me whether it’s from Ireland or China because the instrumentation and rhythms are similar. In addition, since so many songs are about emotions, you could tell a story with the lyrics and have the subject matter comment on each other. The whole becomes larger than the sum of its parts. My job is to take other people’s art and rework it – not the way Moby does with samples – and put it in a context that’s different from its original context.

VIN: I have knowledge and a library. I’m able to bring a broad overview to the music. I could take Beck and Kurt Cobain and show where those guys got their influence from. When Kurt sings “In The Pines” from MTV Unplugged, it’s important to know it comes from Leadbelly. Kurt knew it so why shouldn’t fans know it. Back in the ‘60s and early ‘70s, when the Rolling Stones were being influenced by R & B, it was important to play Muddy Waters, Sonny Boy Williamson, and Blind Lemon Jefferson since they influenced the English bands who were recycling the stuff. I mine eight decades of music that’s available to us and blend it together in an entertaining, informative way. I’m a filter for the people. Unless there’s a radio station guiding you, how do you find the music of Jimmie Dale Gilmore or Belle & Sebastian. My job is to be an informed tastemaker who will wade through the music. You may not like everything I play, but if we’re kindred spirits, you’re going to like a lot of it. Which is why I’m so successful.

I’ve held on to the belief that commercial radio began to suck around ‘77, when programmers missed the vital punk explosion.

VIN:Top 40 radio never played that stuff. There became a clear cut distinction between Top 40 and progressive rock. There was some crossover in the ‘60s with the Beatles and the Stones. But the Grateful Dead, English art-rock bands, and the San Francisco scene were huge and never received top 40 play. So when the punk explosion happened, both formats missed the boat. After all, progressive stations were filled with grandiose art-rock like Yes and Emerson, Lake & Palmer. That’s what the punks rebelled against. When the Ramones came along, most of the d.j.’s at NEW were insulted by them. There became a split in the staff between those who embraced the new stuff and those who were opposed to it.

I guess the graybeards became snotty musical retards. That led to the current Catch 22 cycle where only eight major corporations own nearly every commercial station and they play only the bands on the five major record labels.

VIN: Yes. It’s restrictive and insulting. Radio has become this enormous business that’s about real estate, ad dollars, setting up billboards. As radio became more formatted, serious listeners turned it off. It’s difficult to get these people back because they’ve gotten out of the habit of listening to radio. The younger generation listen to MP3 and Napster; older people listen to sports and news. Radio tries to capture the Lowest Common Denominator, like NEW’s male dominated Howard Stern-like shows. So you can’t say ‘fuck’ on the air. Is that all the FCC is interested in? How about the public trust? Government doesn’t care that radio doesn’t serve the public.

Tell me about your internet show, Live At Lunch?

VIN: The idea was to go back where I was in ‘67, when we were faced with a distinctly unfriendly radio environment to music. Now, it’s even more unfriendly. If you look at WABC’s Top 40 playlists in the ‘60s, they look brilliant because so much exciting music was being made. You’d go from Motown to the Beatles to Sinatra to the Temptations. It’s extraordinary what AM radio was. But that was unable to capture the whole underground scene. When Dylan finally got on radio it was when he went electric with “Like A Rolling Stone.” They weren’t going to play “The Times They Are A Changin’,” the folk Dylan. They weren’t going to play Leonard Cohen, Joan Baez, Jefferson Airplane. Now there’s a variety of music made that’s no longer reflected on radio. Luckily, we have the new internet world waiting to be utilized. Live At Lunch is an extension of Idiot’s Delight. Right now, you have to be tethered to your computer to get it. In the future, that’ll change. Internet audio will become available on devices not tethered to computer. Now, we’re an original station available to the whole world. The downside is there are millions of websites.

Will you do advertising?

VIN: We don’t have a budget for ads. We’re relying on word of mouth. Peter Wolf does an on-demand pre-recorded Hour Of The Wolf show every few weeks. Todd Rundgren will launch PatroNet, where you could subscribe through the internet for $50 a year. 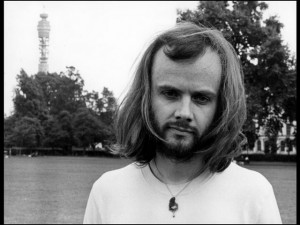