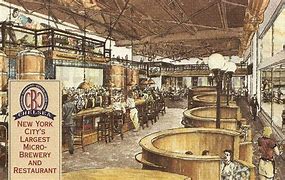 Hosted by Chelsea Brewing Company during March 28-30, 2008, Manhattan’s 1st Annual Cask Festival was an overwhelming success. By Sunday opening, more than half of the 38 quarter-barreled entries had been consumed in the previous two-day 24-hour flourish of activity.