Gathering at the gray L-shaped marble top bar, my wife and I grab eleven brews early in the afternoon during December ’20.

As I sit at the white marbled bar early December ’20, there are 30-plus tap handles (at two separate stations), a big blackboard beer listing and several TV’s. Near the front window are a few tables and down a narrow hall past the kitchen is the silver tank-laden, cement-floored brew room. A metal staircase leads to the loft dining space.

My wife and I loved the Rocket Root Prosciutto Pizza while consuming eleven delightful elixirs.

Right in the heart of downtown Allentown, ample beer-pizza watering hole HOP DADDY BREWING COMPANY came to life November ’19. Part of Lehigh Valley’s ambitious brewery Renaissance, Hop Daddy had only two of their own handcrafted brews on tap during my December ’19 stopover, but the homemade pizza was fine and so were the local guest brews.

A sterling right side patio (see above) works as a pleasant community-tabled beer garden with outdoor firepit. Furthermore, there was a reverse osmosis brewing filtration in the concrete-floored speakeasy back room and a plush carpeted mezzanine lounge space with couches, tables and foosball table. 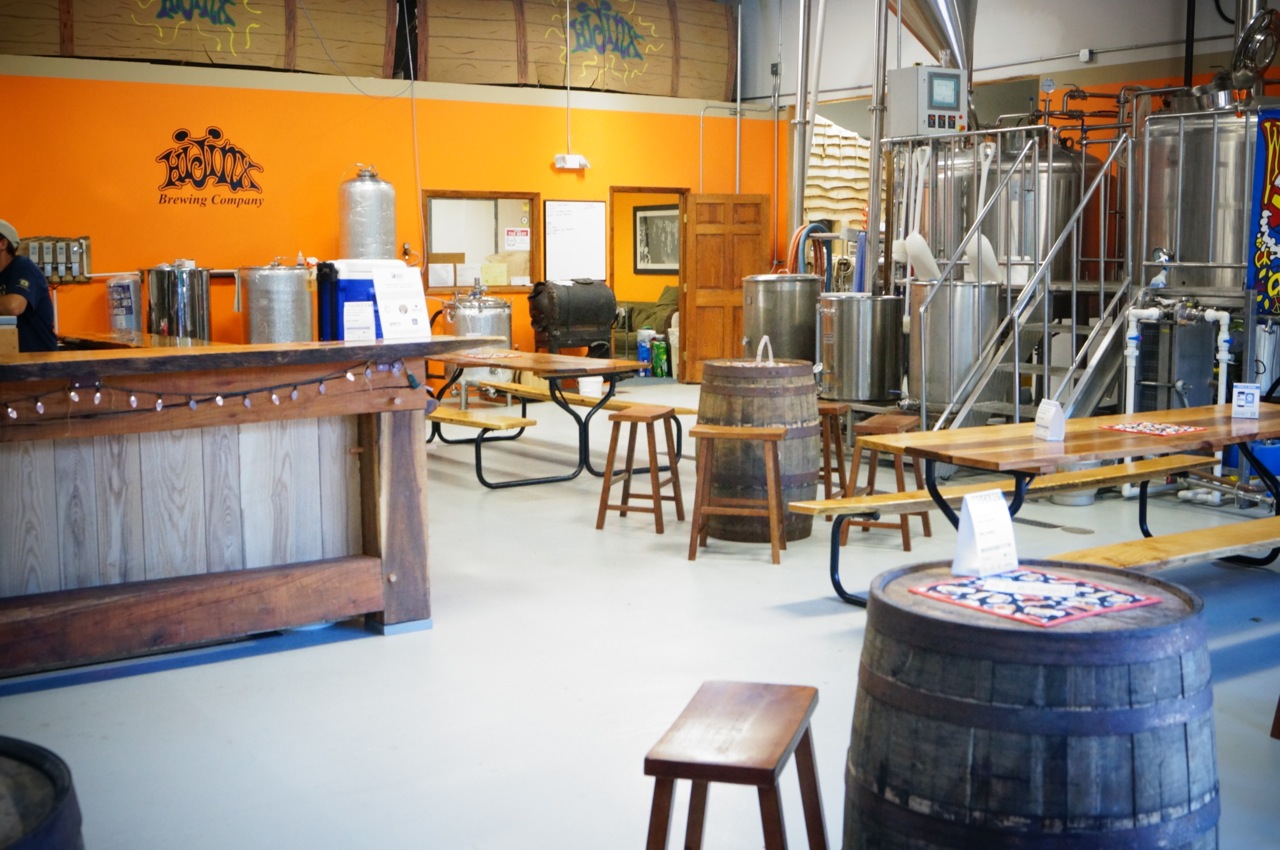 Down the road from Allentown’s center of town near Fairview Cemetery in an inconspicuous warehouse, HIJINX BREWING COMPANY crafts a wide assortment of delectable elixirs. Headed by experienced brewer, Curt Heck, a former homebrewer who joined defunct Old Lehighton Brewery in ’96 before landing at well-regarded Weyerbacher in ’97, Hijinx opened during 2014 and occupy a high-ceilinged 4,000 square foot space.

On a cold Friday evening in late October ’17, my wife and I spent a few hours at this pleasantly roughhewn brewpub. Right alongside a Meadery and a distillery in the same industrial complex, Hijinx had twelve draught beers available on our initial sojourn.

A large open garage door welcomed us to the cement-floored joint. Two community tables and several wood barrels sidled the hardwood bar while the brewtanks were stationed across the room.

Keen local faves, the Peter Johann Band, played a few hot sets while we kicked back and enjoyed five well-balanced brews (and bought many more for home consumption reviewed in Beer Index).

Perched up in the Lehigh Valley just a few miles from older sister brewpub, Bethlehem Brew Works, FEGLEY’S ALLENTOWN BREW WORKS opened 2007 in the center of an old industrial steel town still reeling from hard times but definitely on the rebound.

Alongside Americana lunch consisting of hummus and crusted chicken potpie, my wife and I consumed brewer Beau Baden’s lighter offerings for starters.