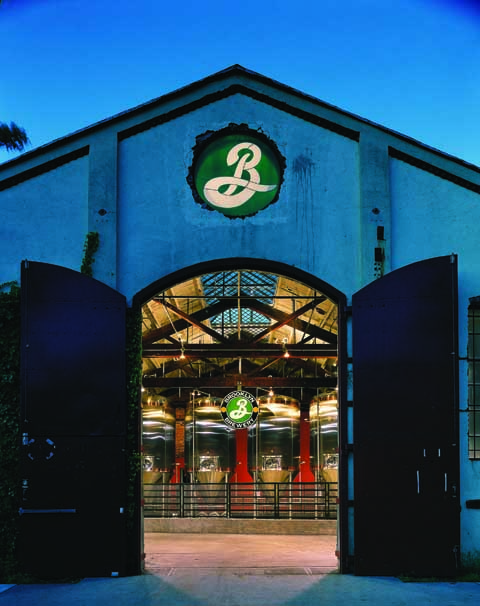 An essential part of Williamsburg’s Renaissance, BROOKLYN BREWERY is located alongside Brooklyn Bowl and one block down from Mc Carren Park in the heart of hipsterville.

Opened during 1988 and gaining tremendous exposure from world renowned brewmeister, Garrett Oliver, Brooklyn Brewery makes one of the finest lagers ever invented – for starters.

During July ’19 on a sweltering Friday evening before my High Times softball game, I got to once again peruse the mighty warehoused pub. Inside a rustic brick-walled space with several community tables and a 30-seat U-shaped wood-top bar with silver mash frontage, this large watering hole features multiple draught taps. A makeshift stage area with colorfully painted mural fills the far left bar area.

Tonight, I grab the four-sampler package with previously untried suds (Petite IPA, Come As You Weary English Dark Mild, 1,001 Nights Saison and Stonewall Inn IPA) alongside a pint of complex Sherry-aged cocktail-styled barleywine, Capataz. All are reviewed at Beer Index. 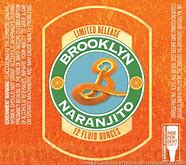 The original BARCADE in Brooklyn’s hipster Williamsburg section brought arcade gaming to endlessly rotating American craft draughts in 2004. A caliginous North Side bar with a grimy dive feel and rustic furnishings, Barcade’s a genuine one-of-a-kind novel idea promoted mostly by Jersey-bred co-owner Paul Kermizian. Just around the corner from international beer haven, Spuyten Duyvil, this dank brick-walled industrial space has an enclosed front patio walkway that offers patrons the chance to take a break from the 24 taps and 35 games to sit and chat.

Serious craft beer enthusiasts with a hankering for vintage electronic games from Asteroids and beyond will go spastic over this place – especially the cheap quarter-priced video gaming fee. Loud rock music blasts from the speakers, echoing to the high warehouse ceiling.

Tonight’s Winter Beer Night at Barcade and the crowded bar is plush with young beer folk. Several locals bring their dogs here while imbibing some of the best suds found under one roof. One’s seated next to Climax Brewing owner Dave Hoffmann, whose father and I drove in with him this cold Thursday evening in early December ’11. Hosting boss Paul Kermizian chats with Hoffmann and I at the left side bar, chewing the fat over a wide variety of brews.

I usually sojourn to Barcade on the way to Williamsburg rock shows a few streets down, but tonight I’ll be drinking for four whole hours since I don’t have to drive home or attend a concert. There’ll be so much socializing going on I’ll forget to drop a few quarters in the ’70s/ ’80s-related video games. The beers discovered run the gamut from a cabernet-wined strong ale to two barleywines, two Baltic Porters, a honeyed pils and a rummy gourd-spiced elixir (full reviews given in the Beer Index).

As we settle in around 8 PM, I dig into Kelso Cabernet Quad Bock, an oaken Cabernet Sauvignon-soothed quadrupel with sharp-hopped raisin-plum dried fruiting, musky Muscatel wining and tart cranberry-raspberry recession. Probably more suited to a noir-ish nightcap, its eloquent warmth loosened me up right away.

Traditional Czech-styled moderate body, Fisherman’s Honey Pilsner, brought a raw-honeyed lemon pucker to grassy-hopped herbage and sourdough malting. Brewed by Cape Ann’s Jeremy Goldberg, one of the stars in the informal ’02 documentary American Beer (alongside Kermezian), put together a wholly successful Fisherman’s line of brews and each one’s specially priced when featured at this venerable Brooklyn hideaway.

We stepped outside to get some air before I reached for a few high alcohol treats that’d put me to sleep on the way back to Hoffmann’s brewery.

Though Brooklyn’s Barcade may seem inconspicuous and inconsequential from the street, customers will be surprised by its tempting American craft beers as well as the large video game selection. Daily 5 to 8 PM happy hour offers $1 off well drinks. So double your pleasure and start gaming while fully imbibing with friends.

Oliver alluded to Brooklyn Brewery’s inconspicuous opening after an informal meet-and-greet. The pioneering brewer recalled his days at a defunct Manhattan brewery a decade after New York’s stalwart Rheingold and Schaefer breweries shut down. Though humbled at being part of Williamsburg’s recent arts renaissance, the cordial Brooklyn brewer warrants merit.

Alongside an ascending indie rock scene that’s second to none, he’s clearly revived the Big Apple’s brew crew. In 1900, 48 breweries existed in New York City, but Prohibition reared its ugly head, by 1980, none were left. However, new-sprung brewers, Kelso and Sixpoint, have helped Brooklyn’s revitalization.

“In 1994, nobody was on the streets. Tumbleweeds were rolling by,” Oliver reminisces about the once-dangerous neighborhood that’s now part of north side King County’s booming reawakening.Entering via a side entrance door, large brew tanks welcomed guests to Brooklyn’s brick-walled taproom, where exposed wooden beams and ducts provide a rustic warehouse feel tripled by the recently acquired 14,000 square foot space next door (adjacent to prevalent multi-venue Brooklyn Bowl).

After munching down a hot dog (supplied by nearby Meat Hook) and cheesy comestibles supplied by Murray’s Cheese, I quaffed several newly discovered brews soon to be featured at New York Beer Craft Week (and reviewed fully in Beer Index section).