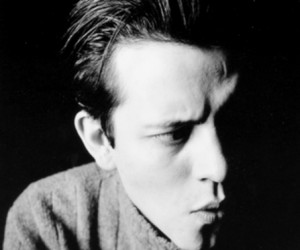 Meanwhile, Matthews landed on his feet, too, putting out ‘95s lushly compelling It’s Heavy In Here and ‘97s equally sumptuous The Lateness Of The Hour. But I’m unfamiliar with ‘05 Six Kinds Of Passion Looking For An Exit and ‘06s Foundation Sounds. I interviewed Matthews via phone to promote The Lateness Of The Hour. This article originally appeared in Cover magazine.

Having gained exposure in the short-lived Cardinal with fellow singer-songwriter, Richard Davies, a lyrical Australian minstrel with similar tastes, the reflective twosome eventually moved on to separate solo careers. But it was Cardinal’s eponymous ’94 album, with its brilliant melodies and gorgeous arrangements, that gave them fervid cult status.

“What I’m doing is earnest music in the true tradition and spirit of the masters: Billy May, Gordon Jenkins, and Burt Bacharach. They were fabulous orch-pop arrangers that gave me something to shoot for,” Matthews confides. “I’m also inspired by Classical symphonic composers Rachmaninoff, Tchaikowsky, and Barber, along with film composers John Williams (Star Wars) and Rosa (Casablanca0. I’d like to think there are still some artists making real revolutionary pop records. But they’re not widely acknowledged presently. It’s like trying to fight against the tide.” 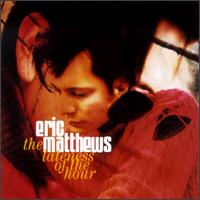 He claims The Lateness Of The Hour is a “soundtrack to a nice clear sky day.”

“It’s a shame Faulkner’s excellent Author Unknown solo album didn’t sell many records. From my perspective, the better pop music of past generations went mainstream. But Nirvana got so successful, it changed what radio played entirely,” surmises Matthews.

The first single from Lateness, “My Morning Parade,” went to the chopping block at radio in July. Its friendly melody and upbeat horns give it the perfect sunny day ambiance. And the reliable Beach Boys knockoff, “No Gnashing Teeth,” gains strength from its Phil Spector-ish Wall of Sound studio atmosphere, polite piano undercurrent, and triumphant trumpet finale.