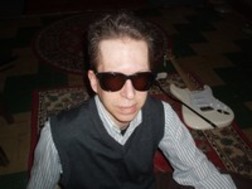 “Prior to the Feelies, Dave (Weckerman: percussion) and I were in (developmental precursors) Outkids. Bill joined on bass, the band broke up, then we auditioned singers,” Mercer recollects. “One was an Iggy clone obligated to demonstrate his stage persona, rolling around the floor while we jammed in audition. So I became singer by default.”

Long-time Haledon resident Mercer affirms, “I was never a fan of large scale production. Lo-fi superceded the polished material. I never got into arty bands. They lost the essence of what rock and roll was.” 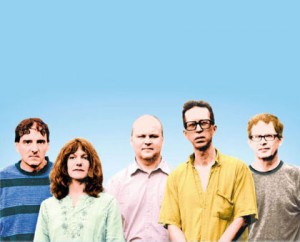 Of the latter, Mercer says, “We became friends. (Leader) Ira (Kaplan) did an early Feelies interview. I played with them a few times, did the Maxwells’ Hanukkah shows, and may’ve done a Psychedelic Furs song with them. Ira got us into (paisley pop purveyors) Dream Syndicate, (de-constructive subversives) the Minutemen, and (post-punk mavericks) Husker Du. Apparently, Steve Wynn started the Dream Syndicate after seeing us at Whiskey Au Go-Go. They, in turn, influenced us.”

“Peter Buck (who’d co-produce The Good Earth) acknowledged our influence. In turn, they took us on a large-scale tour,” Mercer says. “We got good responses in places we’d played before: Boston, New York, Philadelphia. Bands like the Meat Puppets and Rain Parade claim Crazy Rhythms was influential.”

“My mom played some keyboards and always had the radio on,” he recalls. “She brought me the first Beatles record. My favorite early Beatles songs were inspired by Chuck Berry. I wasn’t aware of him, Bo Diddley or Buddy Holly prior to that. Right now, we do “You Can’t Do That” live ‘cause it has a cowbell part. People love that.” 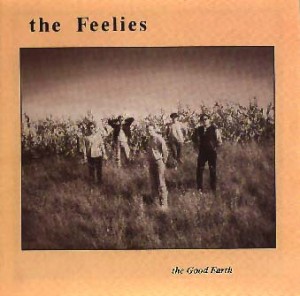 Following a six year pause (when he drummed for subdued Eno-induced tranquilizers, the Trypes, ‘til his sister returned from college and took back her kit), belated ’86 sophomore set, The Good Earth, found Mercer and Million no longer one step ahead of the curve. The Feelies break no new ground and at this juncture look to proteges REM for inspiration, but the new-sprung songs are more uniformly lustrous, eloquently formal, and personal, even if they can’t invent mod vistas for green basement bands anymore. It’s as if they woke up and it was suddenly “Tomorrow, Today.” Yet the band’s completely focused, mature, and confident, as fresh acquisitions, bassist Brenda Sauter and drummer Stan Demeski (Luna), assist.

The difference might seem negligible, but they lean towards folk-pop instead of soft rock when drifting into the ozone. South of the Border rhythms and then-fashionable cow-punk riffs lend tertiary supplements. An increasingly noticeable plainspoken balm, comparable to Velvet Underground’s narcotic impulse, permeates pitter-pattered spangle “Last Roundup” and hastened jam “Slipping (Into Something).” Peculiarly, a recessive dramatic stillness first introduced on the debut’s angular “Moscow Nights” eerily inaugurates the wistful “Slipping.”

“It’s not silence. “Moscow Nights” (utilized) a foghorn, a boat in the distance, and wind,” Mercer instructs. “It’s like modern avant-garde composer, John Cage, who’d set the mood with buried sound affects to make you aware.  There was talk about remixing The Good Earth, to bring up the vocals, but that’d ruin the record’s charm.”

Lean acoustic strumming guides ‘88s It’s Only Life, where a reacquired innocence emerges. Now signed to major label, A & M, a more capricious, less serious tone conveys brightened whimsicality to resplendent contemplation “Too Much,” endlessly looped guitar-grooved “For Awhile,” and a sentimental cover of Velvet Underground’s “What Goes On.”

“It was easy mastering Velvets songs when I learned guitar. Their stuff was easy to play. I gravitated towards that, the Stooges, and Rolling Stones. I was big on jamming, like the Velvets and Stooges let loose improvising, but not as far as the Grateful Dead went.” He adds, “We got to do a Lou Reed tour of smaller theatres. He came up to play with us at a Philly radio station and then onstage. He didn’t want to sing. We did a medley with him just playing guitar. He reluctantly inched forward and took over the mike and convinced us to go back and do “Sweet Jane” very impromptu.”

Moreover, It’s Only Life’s inarguable standout, the contagiously labyrinthine resonator “Away,” proved to be a high water mark, soothingly advancing to a glistening radiance as Mercer’s nonchalant inflexions airily float inside its recurrently somniferous intoxication.

Mercer reminisces, “Jonathan Demme directed “Away’s” video. I had worked with him on the movie, Something Wild. We felt comfortable he’d do a good job. He contacted us with an idea about filming a concept. We were gonna call it “Night Of The Living Feelies,” where zombies file into our show and by the end, they’re all rejuvenated. But it never came about. Instead, we did it at Maxwell’s.”

The Feelies second A & M album, Time For A Witness, came out at a bad time, when the label got purchased by Universal. Made at New York’s huge Power Station in ’88, its glossy polish and sophisticated expressiveness caught critics’ ears, not fans.

Mercer reflects, “A & M didn’t drop us, but wouldn’t offer tour support. It’s hard to get to the next level. We had more people in the road crew than the band. We toured with Mike Watt’s Firehose. He had a word, jam-econo, doing tours on a budget.”

Million quit, moved to Florida, became a Disney World locksmith, and temporarily lost touch with Mercer, who’d go on to record with Weckerman in Wake Ooloo, a loud, aggressive duo predating the White Stripes that criss-crossed Weckerman’s side band, Yung Fu. Then came a ten-year break. 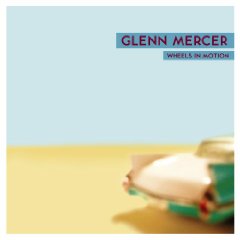 But time marches on and Mercer’s first solo effort, Wheels In Motion, brings forth a batch of guilelessly prospective tunes.

“I went through its lyrics and noticed I’d said the word ‘time’ an awful lot. You tend to look back when you have kids,” Mercer concedes. “Like The Good Earth, it’s acoustic, low key. Maybe that’s because I have bad tinnitus, ringing in the ears, from playing on stage, checking amps, and cranking volume in-studio to simulate live sound.”

But pensive lullabys, “Days To Come” and “Morning Lights,” possess a defiantly chimed circumspection matching the discreetly foreboding Casio organ undertone swamping “Here And Gone” and “Another Last Time.” Experiencing life within rock’s narrow margins, the resurgent Mercer needn’t manufacture the wintry discontent and disillusionment steadfastly pervading Wheels In Motion’s darker side, even if the 50-year-old seems entirely secure transmitting George Harrison’s pacifying psychedelic Indian mantra, “Within You, Without You.”

On a grander level, will Mercer ever receive deserved aboveground plaudits? Or will he carve out a factional niche the same way fellow Northern Jersey band the Wrens have done releasing similarly sporadic material. Either way, he’ll retain the dignity and respect much bigger artists sometimes begrudgingly get.