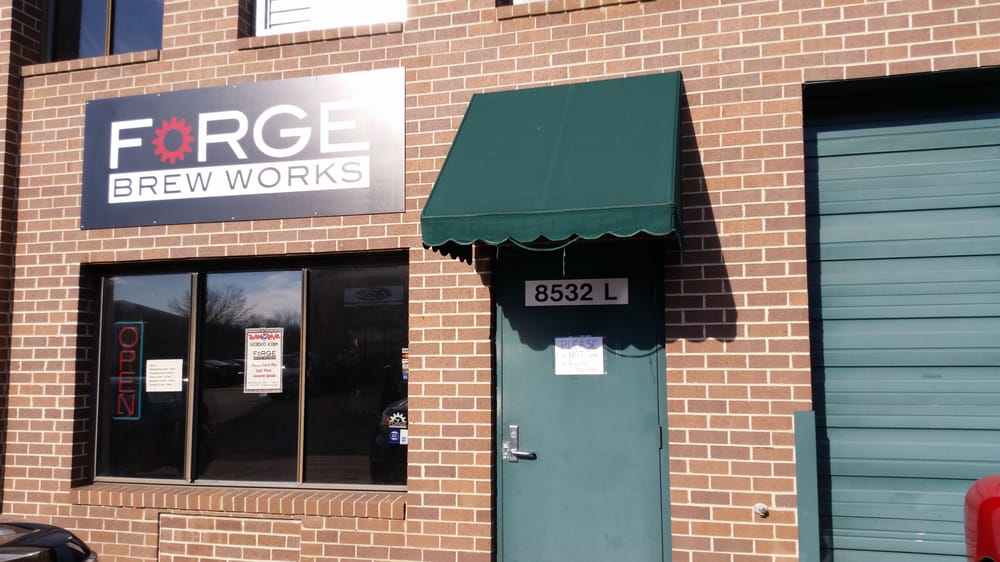 A black and white Forge signpost, rustic wood furnishings and reclaimed wood-lacquered serving station adorn the barebones space. Veterans are saluted by the Marines, Army and Navy flags hanging on the right wall and a cornered TV shows the Michigan State football game as I settle in at noon on a sunshiny Saturday, September ’15.