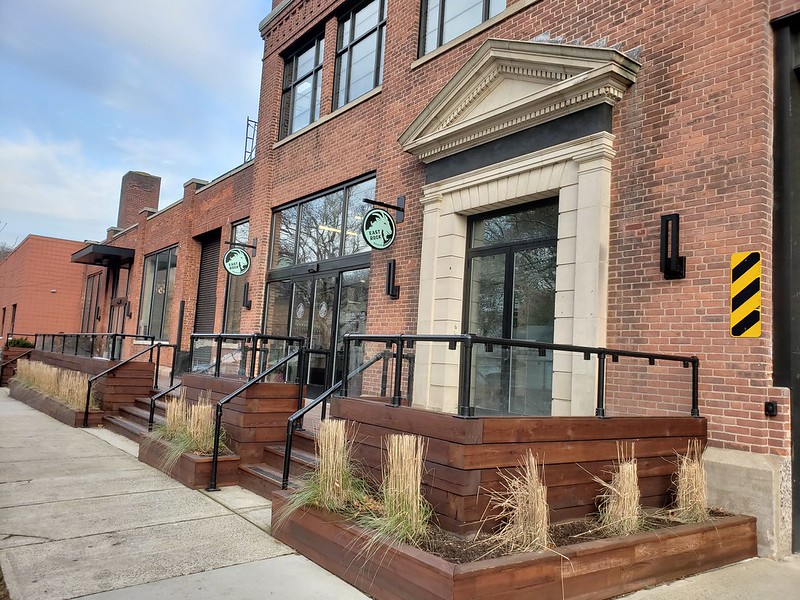 A wood-paneled front deck expands on both sides of the glass-enclosed front entrance. My wife and I grab a few seats outdoors to down four straightforward prospects. I’d already consumed Hopfen Lager and Black Lager two years back (see Beer Index). 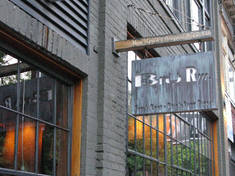 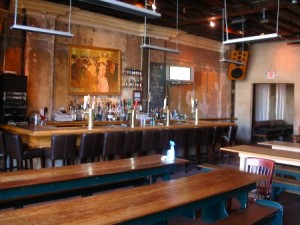 Nearly two years hence, sojourned back to New Haven with wife and daughter on the way back from Bristol, Rhode Island. It was pouring rain this Tuesday in June as we consumed a large white pizza with spinach and two excellent beers (one previously perused and one newly tried.) We sat at the right corner front table as the place filled up with dinnertime locals.