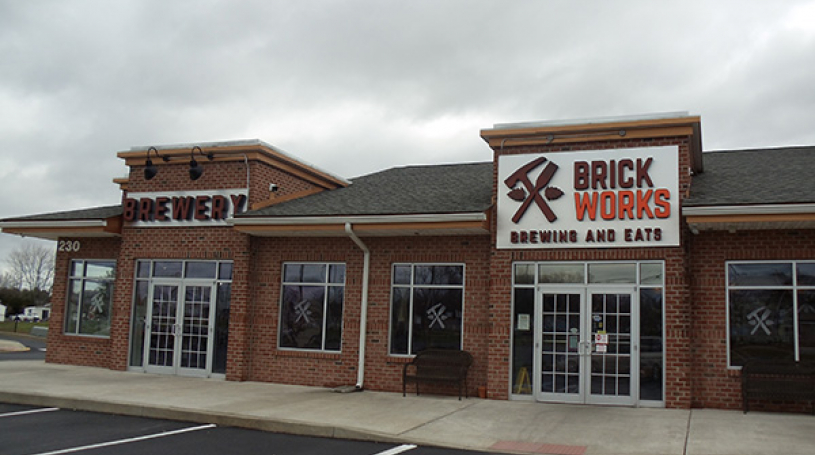 My wife and I grab a table in the closed-in patio (with sundry furnishings, a central slate-topped community table and rounded fire pit. I got to try eight fine homemade brews during my mid-afternoon July ’19 journey (though I missed out on the dortmunder lager and English mild ale).

Combining Price’s love for (mostly) strong ales and the Blues, his pristine sienna and pale blue-walled tasting room features a pink guitar and other instruments strewn across the duct-exposed, high-ceiling interior. Three community benches and several wall-countered stools sit across from the 10-seat wood-laminated bar.

On my May ’16 one-hour stopover, I got to sample eight exquisite elixirs, though missing out on what may become Blue Earl’s flagship beer, tropical citric-pined medium body, Walking Blues IPA.

Presently, Gnarly Red-Eyed Rooster is available in 22-ounce bottles while Walking Blues IPA and Honeysuckle Rose are marketed in 6-packs.