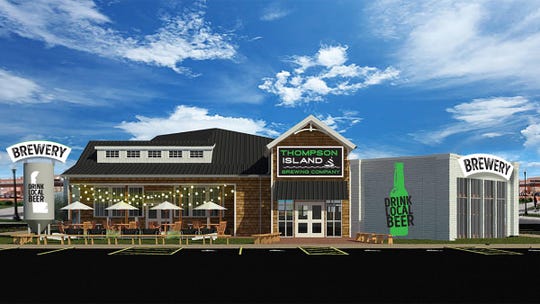 Inside Thompson Island Brewing, a U-shaped bar centers the large dining space that includes an open kitchen partly covered by a center-walled US flag, enormous right side aluminum brew tanks and extra back dining area.

My wife and I get warmed by the heated and enclosed back deck patio next to the beer garden on this mild January ’20 evening. 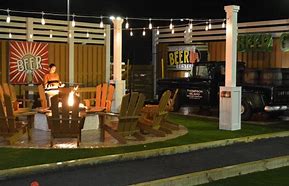 The fried chicken dish went well with the five rangy beers I imbibed.

I gobbled fried chicken and my wife enjoyed the hummus dish while consuming seven lucky suds during early January ’21.