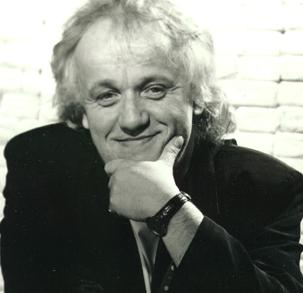 FOREWORD: Who could boast about getting offered the singing spot in the Doors after Jim Morrison’s death while living long enough to form a band with his son? Kevin Coyne, that’s who. An artful folk-Blues singer-musician out of England, he drew artwork for his albums and published a few books, but did it mostly in obscurity. Incredibly, Coyne released over thirty albums from ’69 ‘til his death from lung disease in 2002. Though he suffered a nervous breakdown in ’85, he came back strong with several more obtuse manifestos. In ’07, Coyne’s work was celebrated by the multi-artist Whispers From The Offing – A Tribute To Kevin Coyne. I got to speak to him a year before he died when he was promoting the superb Room Full Of Fools. This article originally appeared in Aquarian Weekly.

Originally from Derby, England, and now living in Nuremberg, Germany, multi-instrumental Kevin Coyne started twisting vintage American blues in an obtusely idiosyncratic direction since his days in unheralded late-‘60s band Siren. An obscure, yet wholly vital figure, during the early ‘70s, Coyne remains one of the most prolific – some would say eccentric – recording oddities.

Much like ‘60s-based British guitarists John Mayall, Eric Clapton, Jimmy Page, and Keith Richards, Coyne emulated early Blues legends such as Howlin’ Wolf, Muddy Waters, James Carr, and Tampa Red. Instead of just electrifying Country-Blues in the conventional way his more famous contemporaries did, Coyne warped it up with wringly organ dabs and oblique guitar passages. But the clincher has always been his bewitching, scruffy-tattered singing style, unique in all its rustic splendor. 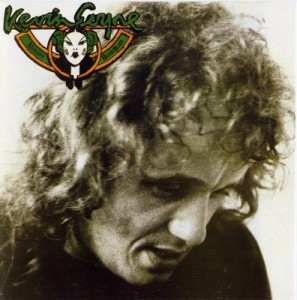 After peaking with the exquisite masterstroke Marjory Razorblade, he kept releasing well regarded, oft-times hard-to-find albums until suffering from a stroke brought on by alcoholism and stress during ’81. Since then, he has written a handful of books, drawn German Expressionist-influenced illustrations and paintings, and reinvigorated a somewhat improbable recording career.

Its magnificent follow-up, Room Full Of Fools, comes down the pike expressing the same lyrically concise romantic fixations and off-kilter humor as all previous endeavors had.

Teamed up once more with his 31-year-old son, Robert (guitar-bass-keys), Coyne’s latest has a more accessible, sparse, and direct sound than Sugar Candy Taxi.

“Robert formerly played in his own band, Silver Chapter, with my other son, Eugene,” the proud dad proclaims. “Their current project is called Mean Vincent. They’ve got some British press. Rob’s writing comes more from a garage background. He likes Roky Erickson and the 13th Floor Elevators. He’s also keeping busy with his newest band, Venus Ray.”

Assuredly, Rob’s learned lessons from his father’s many musical, as well as non-musical experiences, even if he hasn’t adopted the elders’ extreme leftist political stance. And quite frankly, who could brag about their dad being offered the lead singer spot in the Doors after Jom Morrison’s death?

“It was a murky morning in London when he died,” Coyne remembers keenly. “I was asked by the European boss of Elektra to join the Doors. I was rather negative about it. I had two young kids at the time and was reasonably happy. Plus, I like to do my own thing.”

When I mention how Room Full Of Fools’ opener, “Sugar Turning Sour, recalls the epileptic restlessness of Captain Beefheart, Coyne retaliates, “I’ve played with Gray Lucas who was on Beefheart’s Ice Cream For Crow, but I’d say I’m more influenced by Howlin’ Wolf.”

Elementary poetry introduces the conversational “I Can’t Make It,” a haunting nightmare clouded by inescapable doubt and a moody, recurring organ drone.

“That song was done totally spontaneously. It’s a recollection of a seaside holiday,” the now white-haired troubadour offers.

Other worthy tracks on the consistent collection include the uplifting and heartfelt “Candlelight,” the self-determined, somewhat boigraphic “I’m Wild,” and the romantically dazzling guitar-framed “Take Your Pain Away.”

A self-described “big Blues fan,” Coyne recently began collecting records on a grand scale. But he still seems more interested in listening to the masters of the past rather than the current crop of Blues inheritors.

“I question the smooth production of new Blues artists,” admits Coyne. “Ry Cooder said it best in a TV interview: it lacks raw edge.’ It’s too sober and doesn’t sound right. I like down home one-room country shack stuff, not glistening hi-fi production. Taj Mahal is cool, but the teaching, instructional part of his music is too much. One of the more convincing of the current crop continues to be Bonnie Raitt. She’s in the tradition of Memphis Minnie.”

An aged-in-the-wool minstrel now living in Nuremberg, Coyne show no signs of slowing down any time soon, staying in shape playing “over 100 gigs a year.” The one-time social therapist still retains what many would call “a neo-hippie ethic” bordering on communism.

“Thatcherism destroyed a great deal of the fabric in England,” he asserts. “We’ve recovered, but there was not much tolerance coming from Thatcher. Brits are always downtrodden. The British Empire was built on slavery and vast profits have been made from people working their guts out for very little. However, like the variety in America, I wouldn’t want to be so severe on Capitalism. I’m not that dogmatic.”

One thought on “KEVIN COYNE STUMBLES UPON ‘ROOM FULL OF FOOLS’”