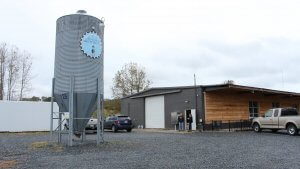 A closed-in beergarden with wood and metal tables leads thirsty patrons to the entrance of Gearblock. Its modern Industrial interior includes a black tile ceiling with pendant Edison-bulbed lights, concrete-topped aluminum-sided bar and prohibition era automobile theme. There are twelve taps at the grey and white brick-walled bar serviced by the rear brew tanks. A few stools and four-seat tables fill out the cozy hotspot.

Co-owner Alex Franko began home brewing a decade ago and worked at Sly Fox, Other Half, Lone Eagle, Dogfish Head and Dock Street beforehand while biz partner, Dylan Smith’s been at it for five years with stops along the way at Lancaster, Lone Eagle and Cape Cod breweries. Both grew up in the surrounding Keystone State area.

Their humble mission is to create ‘refreshing flavorful lagers and low ABV session beers’ for everyone to enjoy. And there’s a peaceful easy feeling that consumes the high-ceilinged pub. 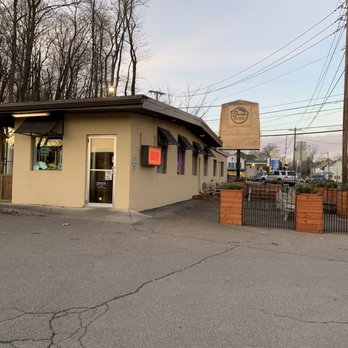 While the brew tanks are towards the rear, an open kitchen serves wood-fired pizza plus salads, sandwiches, wings and veggie paninis. My wife and I grab a few metal chairs out front on Main with dog, Roscoe, on a humid Sunday afternoon, July ’22, perusing each Birthright offering available, including several worthy double dry-hopped IPA’s. 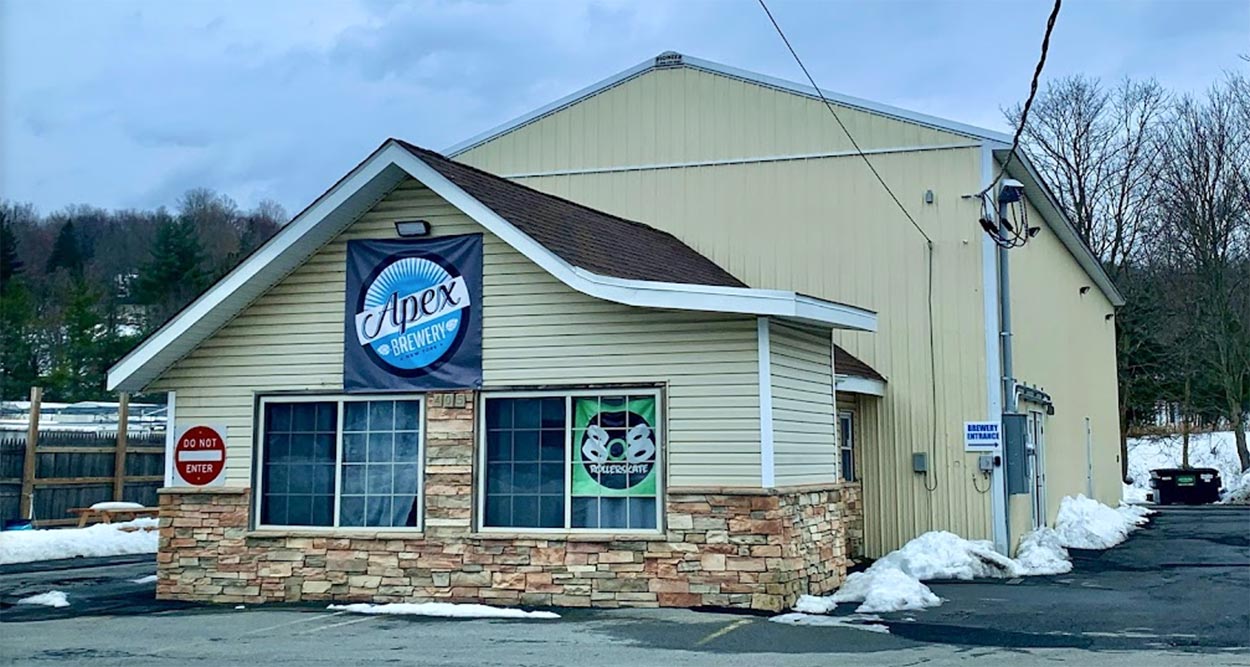 A local homebrewer for well over a decade, David Holm concentrates on recurring small batch brews as well as sturdy one-offs and seltzers.

There are five black four-seat tables at the polyurethane cement-floored, gray-walled, high-ceilinged pub. An overhead door leads to the rustic benched back deck.

There were four well designed brews readied for my midday June ’22 initiation.

It finally happened. Northern Bergen County issued a license for a brew pub over a decade after the craft beer boom started! And it’s a good one with completely massive crowds comin’ in every night til the tanks finally temporarily ran out of beer in May.

Owner Chris Alepa went for a Munich beer hall style when he first decided to go forth and break ground at this former variety store where a large buffalo mural establishes Five Dime’s bovine logo. Retaining a rustic Industrial warmth, its 20-seat, red brick-walled bar spotlights a resilient tiled draught station and a few TV’s (for sportsbar enthusiasts). Plus, the reclaimed wood furnishings add an exquisite feel to the overhead-doored pub.

So successful was Five Dimes that after a few weeks in business they had to shut down to replenish its liquid stock.

In the near future, Mc Lain will no doubt bring his love for sour ales to the fore and experiment further outside stylistic boundaries.

After a few springtime ’22 visits, I was able to consume nearly all initial public offerings.

Revisited on stormy eve in July ’22 and met Chris Alepa, the local chiropractor whose Five Dimes Brewery has become a cherished local spot. Discovered a quaint India Pale Ale and a kickass kolsch along the way. 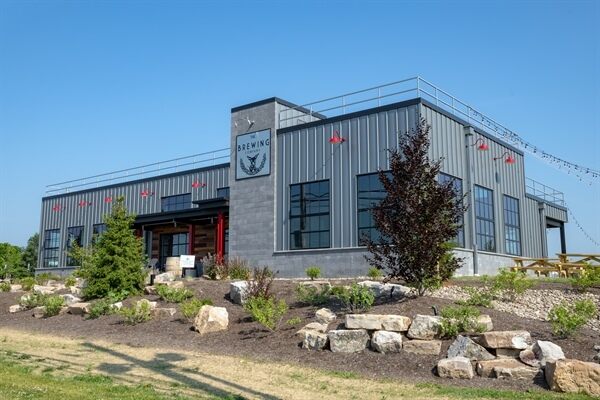 My wife and I and dog, Roscoe, grab seats on the turf-floored, umbrella-tabled back deck to down nine proprietary brews alongside delectable pub fare. Signature cocktails are also available.

Located on the westside in the Newbury section of Williamsport, this white concrete-fronted brewery (with red brick foundation) features a brown aluminum-topped Riepstine’s Pub insignia above the front door.

Inside, Riepstine’s small penny-encased wood lacquer bar (with eight seats, sixteen draught handles and many walled mugs) services four right side wood booths plus one next to the bar and front wood dining seats. An outside cement-floored patio with aluminum-topped canopy sidles a plastic beach-chaired open firepit spot.

My wife and I visit on a muggy Saturday evening, May ’22, to down thirteen efficiently rounded and well differentiated brews leaning on the heavy and/or dark side.

A family-friendly cafe-styled gastropub with its logo sprawled along a wide green awning above the glass door entrance in the center of Williamsport, BOOM CITY BREWING CO.  opened up in autumn 2016. Making use of rough-cut timber, co-owners William Fredo and Mark Lorson designed their small pub-eatery to recall a cozy dining hall. Its metal-framed overhead door frontage has an antique dime store appeal.

Wine, cordials and top shelf liquor are available alongside Boom City’s approachable stylistic beers. My wife and I spent a few hours prior to Saturday dinner in May ’22 to consume seven homemade suds.

Large silver brewtanks gathered on the left side have increased volume from 3,000 barrels annually to an astounding 8,000 barrels in four years. The flagship beer, Broken Heels Hazy IPA (reviewed in Beer Index), consumes an overwhelming 50% of total production.

My wife and I took a seat outside near the firepit while downing a few New Trails.