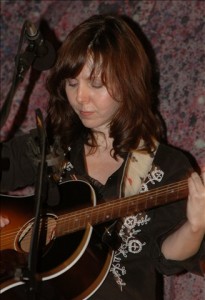 FOREWORD: I befriended self-proclaimed ‘mod housewife’ Amy Rigby (birth name: Amelia Mc Mahon) after catching her live show several times in Brooklyn and New York. I originally did a piece on her for HITS magazine to support ‘96 breakthrough, Diary Of A Mod Housewife. She was always kind despite having to do full-time secretarial work to make ends meet when not performing. Rigby and her then-current band (Dennis Diken of the Smithereens; Brad Albetta of Mary Lee’s Corvette; Jon Graboff, ex-Beat Rodeo) played Mercury Lounge, June ’02, right after I did the following interview.

She went on to record two more consistent LP’s, ‘03s Til The Wheel Fall Off and ‘05s Little Fugitive, before settling in France with semi-legendary post-punk boyfriend, Wreckless Eric. Together, their eponymous ’08 LP turned out to be one of the years’ best. This article originally appeared in Aquarian Weekly.

Singer-songwriter Amy Rigby grew up in Pittsburgh before joining harmony trio the Shams and working a mess of Manhattan temp jobs, settling in Nashville with her 13 year old daughter thereafter. When the Shams broke up in the early ‘90s, Rigby became the under-recognized reigning queen of domesticity with a pair of worthy Elliot Easton-produced albums, the encouraging ’96 debut, Diary Of A Mod Housewife, and its worthy ’98 follow-up, Middlescence. 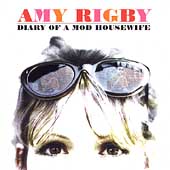 Defining a ‘mod housewife’ as a “woman being dragged kicking and screaming into adulthood…stuck in the netherworld between bohemia and suburbia,” the charismatic Rigby knows first-hand the predicament of leaving adolescence too soon. She has dealt with middle-age dilemmas such as divorce (from ex-dB’s/current Steve Earle drummer Will Rigby), shitty office clerk work, and near-poverty while continuing a modest, yet fulfilling, musical career.

Arguably her best album, ‘00s The Sugar Tree boasted sordid delights such as the testy “Balls” and the deceivingly heartfelt “Cynically Yours.”

But life ain’t grand and Rigby’s three albums have recently been deleted. Luckily for fans, Koch Records released the superb compilation, 18 Again, which provides an even-handed retrospective and includes a tender demo version of “Magicians.” The hilariously disgruntled folk-blues “Invisible,” the snappy pop confection “The Good Girls,” and the weary-headed, Indigo Girls-ish “Knapsack” deal directly with the everyday struggles of working class stiffs. The nostalgic, string-laden “Summer Of My Wasted Youth” and the pedal steel-addled John Wesley Harding duet “Beer & Kisses” offer no apologies for her slacker lifestyle. 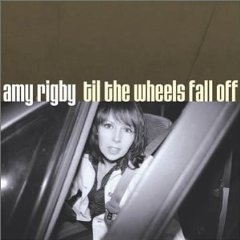 Are there any artists like yourself making a career unloading domestic revelations?

AMY RIGBY: I felt like Loudon Wainwright did quite a bit of family songs. Maybe that Susie Roche album, Postcards From an Unmarried Housewife. Chrissie Hynde (of the Pretenders) made reference to being a mother on some songs. It’s so not sexy. There’s no mystery about it so people keep it hidden. It’s the opposite of what rock’s about, which is what intrigues me, combining the two.

What music turned you on as a teen?

AMY: I listened to FM rock in the ‘70s: Elton John, Beach Boys, The Who. When I moved to New York, the whole punk scene was going on. I went to see the Ramones and Patti Smith. I didn’t listen to Country until punk died in the early ‘80s. That’s when I discovered Patsy Cline and rockabilly.

Did you get there by way of ‘80s cowpunk combos such as the Del-Lords and Jason & the Scorchers?

AMY: Yeah. I had a band called Last Roundup that were peers of those bands. We were more of an acoustic hillbilly band because we didn’t have drums. I was writing songs, singing, and playing guitar. But Angel Dean was the lead singer. Country music has traditionally dealt with regular people. Loretta Lynn sang about “The Pill” and having kids at home. That was an inspiration.

The liner notes mention how the single-parent dating ode, “What I Need,” was inspired by Ian Hunter.

AMY: The chord progression and spoken word intro are actually like David Bowie’s “All The Young Dudes” (which Hunter’s band Mott the Hoople turned into a gigantic ‘70s AOR hit). I’ve always liked how Ian was the ultimate rock star, yet always presented songs as a frail human. Some of his anthems spoke of how