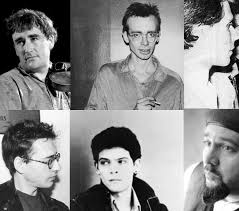 FOREWORD: Golden Palominos were a revolving experimental troupe from Manhattan led by Cleveland-bred composer-percussionist Anton Fier and permanent fixtures Nicky Skopelitis (guitar) and Bill Laswell (bass). I met Fier in ’96 to promote Golden Palominos final album, Dead Inside, a one-time collaboration with feminist-poet Nicole Blackman. He has maintained a low profile since. His first and only solo disc, Dreamspeed, dropped in ’94.

As for the lovely Blackman, I befriended this adorably sarcastic vixen ‘round Dead Inside’s release, giving plaudits to her spoken word performances and Golden Palominos venture. I took my family to see her rather satirically squalid poetry reading during a tiny music fest at Tompkins Square Park. A decade forward, I caught up to her at a Girls Against Boys reunion show at Mercury Lounge. She was dressed to the nines. It seems she was right about her Karma Boomerang Theory (read below). 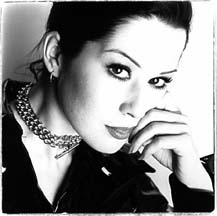 Blackman, by this time, had gotten enough publicity from Dead Inside to audition for and become one of the most popular t.v. voiceover sales pitchmen, promoting Chrysler, Ford, Blockbuster, and Verizon (not that the Nicole Blackman I know really gives a fuck about these viper-like corporate dinosaurs). This article originally appeared in Aquarian Weekly. 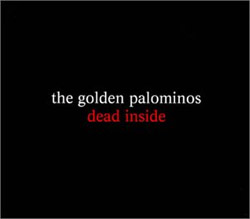 But while Carson’s lyrical imagery and soft as a kitten voice sprinkled Fier’s dreamscapes with gold dust, spoken word ingenue Nicole Blackman helps Fier throw caution to the wind on the Golden Palominos eighth release, Dead Inside. By slinging mud at downsized American dreams and the victims left in its wake, Blackman recounts depressing obsessions and disturbing dilemmas with scatological intensity and unparalleled wit. Along with guitarist Knox Chandler and bassist Bill Laswell, Dead Inside may be the most ambitious step forward yet for Fier’s revolving unit.

“I see music as a religious cleansing,” asserts Fier. “With this record, I consciously changed directions out of the need to do it both musically and personally. I came to this point subtly. When my life starts to feel stale and I want to distance myself from what I’ve previously done, there’s a reaction involved. And at this juncture I wanted to make as pure a record as I could make. All my other collaborations seemed to be a compromise – which was only natural. I approached this record as if it was the last record I’d ever make. There was little compromise and it was less cliched.”

He ascertains, “Music is the language I feel most comfortable with when I’m exploring my own personality and problems. Music allows me to get in touch spiritually. Instead of going to church and praying, I do it by redefining my music.”

But lest any music critic term his music ambient, ‘illbient,’ or transient, Fier seems both apprehensive and fascinated with others labeling his music.

“DJ Spooky is representative of the illbient scene. My music is quite different. It’s inspired by Eno’s Music For Airports and Discreet Music. And before that, by people in the ‘30’s who experimented with drone. Terms like illbient are created to help sell something. If I had one hope, it would be to one day create music indigenous of itself. I’m just out here living a life as best I can. I’m a one-dimensional person. At 3, I became aware of music. And by 10 or 11 years old, I thought I wanted to be a musician. But the art of playing music is different than the art of making records. In recording studios, I learned how records were made. And I’ve been blessed with the people around me, both personally and musically. They made my childhood dream a reality. I’m not about to judge other musicians’ motives or intentions. To me, it’s how I deal with the world in an uncompromising fashion.”

When asked which records inspired him as a youngster, Fier admits, “As a kid, I responded to novelty records, then, the Beatles and Stones and psychedelic music. If I had to name a record that was a true influence, I’d say On The Corner by Miles Davis. It came out in ‘74 after Jack Johnson and Miles At Fillmore. When I first heard it, I found it to be a step in a transcending direction. It’s not rock or jazz. It was an electronic fusion with tabla and it was rhythm oriented. I still listen to it once a week. And it got negative reviews when released. But I once saw a great quote which stated, ‘all criticism is transient, only the work itself remains constant.’ And with my works, I try to respond instinctively to the process of recording. If it feels right, go with it.”

It was during the summer of ’95 when Fier hooked up with Nicole Blackman, a busy New York artist-publicist whose piercing diatribes and psychosexual analogies confront despair, self-doubt and hopelessness with pinpoint accuracy. After reluctantly appearing on KMFDM’s Xtort LP, and the subsequent tour, which brought her anguished nightmares to an international audience, Blackman was chosen over a few potential candidates to write lyrics for Dead Inside. Her liberating and disturbing images set the thematic flow of the disc in motion.

“With Nicole, I felt able to explore uncharted territory. She allowed me to have tremendous freedom. She didn’t bring a traditional songwriting sense to the project,” Fier says.

Blackman maintains, “At no time during the compositions did Anton say ‘ooh, that’s spooky’ or ‘what’s going on.’ Others would feel trepidation or nervousness about the emotional violence in my pieces. But it was incredibly thrilling and terrifying to be under such pressure writing for a score. I never knew when we would hit a breaking point. If we do another collaboration, I don’t know if we could get any darker. It may not be appropriate. Anton thinks maybe we should go in the opposite direction. Basically, every character on the record is in some form of transition, whether it’s to change their life or prepare for death. Maybe the next record will deal with people who’ve already made their decisions and people who have no more options.”

Blackman’s aggressive poetry has been compared favorably to a few male angst writers, but nary a female writer. She’s neither a traditional poet nor a typical spoken word performer. And sometimes her character pieces detail accounts she experienced firsthand. She ease drops on conversations and picks up tidbits of information, playing Harriet the Spy gathering evidence against unsuspected people.

“It’s very easy for me to separate myself from my works, “Blackman insists. “I hear Dead Inside as a snuff film watched with eyes closed. It’s very cinematic. Like a film score composer, I try to fit the mood of the basic rhythm track. I’d listen to 10-minute tape loops with my headphones on in the dark and link my lyrics to music. “Thirst,” in essence, is a love song. But its words were originally put to ‘Drown.” Then Anton decided to put the Lawrence Of Arabia epic sounds in there. It’s like a caravan with camels and billowy things.”

While Blackman claims money is not an immediate consideration, she believes in the Karma Boomerang Theory. “If you throw enough good energy around and help people for free, somehow it will come back to you and fall into your lap.”