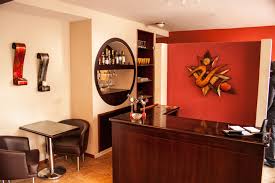 Surpassing its humble promise of being an “artisanal small-batch brewery inspired by food, fruits and spices” after taking its inspirational spirit from Peru’s magnificent Andes Mountains (where its branded Kuka reference translates to “food for working travelers”), ANDEAN BREWING opened its taproom during the summer of 2013 (and closed during 2020).

Quickly developing a bottling line for their unique maca-rooted beers (such as the ever-popular Kuka Banana Nut Brown Ale), entrepreneurial Manhattanite, Andria Petito, a super-fan of Widmer Hefeweizen in the ’90s, expanded her palate over the course of time.