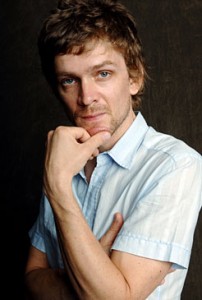 FOREWORD: Versatile instrumentalist-composer-producer Brendan Benson was not only excited by the prospects of ‘05s The Alternative To Love when we spoke, but also the new indie rock supergroup he helped integrate with White Stripes luminary Jack White and the Greenhornes’ ace rhythm section. Together, as the Raconteurs, the decisive quartet sired ‘06s excellent Broken Boy Soldiers (with the readymade knockout “Steady As She Goes”) and ‘08s less thrilling Consolers Of The Lonely. As of ’09, the Michigan native had moved to middle Tennessee. A new solo album with backing by local Nashville cats, the Features (whose ’04 disc, Exhibit A, contained their best oddball psych-pop), is due in ’09. This article originally appeared in Aquarian Weekly.

“My parents were young and listened to cool stuff like T. Rex, the Stooges, and David Bowie. I just like classic rock. Bowie’s a big influence, though it doesn’t show up in my music. I didn’t really get into the Beatles til after my first record, One Mississippi. Then, I got seriously into them,” Benson claims.

One Mississippi compatriots, producer Ethan Johns and ex-Jellyfish soloist Jason Falkner, not only had a profound influence on Benson, but also helped him find comfort finagling the gadgetry and gear that’d soon bedeck the pop-rooted multi-instrumentalists’ home studio.

“I loved Jason’s demos more than his band recordings. I felt honored to work with him. Ethan was more of a studio head. I was interested in recording music and wanted to make my own records. He taught me how to for about a year. Maybe next time I’ll go to a proper studio, but I’ve recorded the last two alone in my own home studio,” Benson volunteers.

But first, Benson had to deal with the depressing fact that major label, Virgin Records, dropped him soon after his debut tanked commercially. So following an extended six year hiatus, he finally returned with ‘02s critically celebrated Lapalco. Thoughtful melancholia, impeccable licks, and swelling keyboard passages add brilliant coloration to this significant achievement, highlighted by the motorvating guitar-driven workout, “Good To Me.” Soon, good news was on the horizon in the form of a contract with lauded V2 Records. 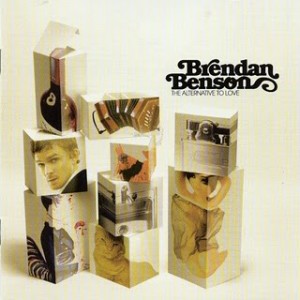 “The only big difference between Lapalco and the new record is I wrote and recorded The Alternative To Love relatively fast. It took five months compared to four to five years. Lapalco was basically a collection of songs whereas the new one is more focused and reflects a shorter period of time,” he admits.

The gracious one-man-band explains, “I wanted to set the tone and come out with a bang. I’ve always tried to make songs sound like a band instead of some guy doing a singer-songwriter thing.”

When told the salient “Gold Into Straw” recalls the Soft Boys crisply whimsical neo-punk rush, Benson excitedly exclaims, “I love Robyn Hitchcock but never thought that song sounded like his old band. Lyrically, that deals with nonsensical searching. Its stream of consciousness is like King Midas in reverse.”

Benson recounts, “The idea for a full-on Phil Spector arrangement came from Chris Shaw, who originally mixed it. We didn’t use the mix he did, but the concept was his.”

Wandering the dark end of the street contemplating marital bliss, “What I’m Looking For” quests for domesticity while surviving life on the road.

“There’s that conundrum where part of me wants a tamer lifestyle and the other side is wild and doesn’t want to settle down. But it’s not an option now. I’m touring and it’s never ending.” He adds, “When you can’t have something, like a regular home life, it becomes super desirable. But I’m a big complainer so it’s the perfect excuse to write a song.”

Despite traveling the country two-thirds of the year, Benson recently found time to produce tracks for Cincinnati garage-rockers the Greenhornes. But he had to leave halfway through to prepare for his latest promotional tour.

“Hopefully they’ll finish it,” he says hesitantly. “I don’t know if it’ll come out. I may not have finished one whole song. It’s a little different for them, less garage-y. They’ve expanded their horizon and become more soulful, yet there’s a poppy commercial side too.” 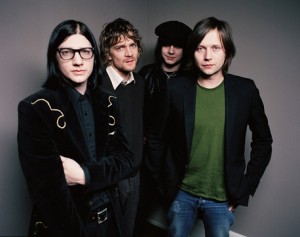 “It’s weird, if you can imagine balancing my pop with his Blues. Sometimes it’s cut and paste or I’ll sing and he’ll do the chorus,” he points out. “Patrick and li’l Jack from the Greenhornes are the rhythm section. You can’t get any better.”