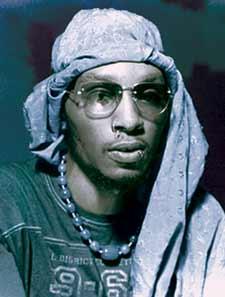 FOREWORD: I remember being in west Florida’s resort peninsula, St. Joseph’s, cleaning freshly caught fish with my friend Doug at a waterfront house he rented, when Del The Funky Homosapien’s quick-spit rap quip, “Mistadabolina,” came on the radio. Integrating De La Soul’s jazzy hip-hop/ soul sass with the minimalist rap attack of Run DMC, Del could’ve set the world on fire if the mainstream was privy to him at the start. Instead, he has led a subterranean existence below dozens of trendier flash-in-the pan stylists, blowing off the whole gangsta scene from the start. However, he has outlasted nearly all his peers and continues to make interesting music. I got to hang with Del in May, ’08, with my good friends from High Times. This article originally appeared in High Times.

Way back in 1990 when hardcore rap ruled the day, Del The Funky Homosapien went against the grain, shunning the West Coast’s thriving ruff-rider gangstas with nerdy middleclass playfulness. Now living outside the liberal pot-friendly confines of Berkeley, California, in nearby Richmond, Del (born Teren Delvon Jones) returns in top form with Eleventh Hour.

An Oakland native, Del was a gifted student interested in comic books and video games, but not averse to petty crime like robbing toy stores. To avoid high school beatings by more physical troublemakers, the mischievous teen began break-dancing and forming rap battle crews. Soon, Del and long-time rhyme partner, A-Plus, would squash fools in talent competitions. After first smoking weed at age 16, he expanded consciousness with psychedelics, but unlike many word schemers, never experimented with acid, mushrooms, and mescaline during studio sessions or in concert. 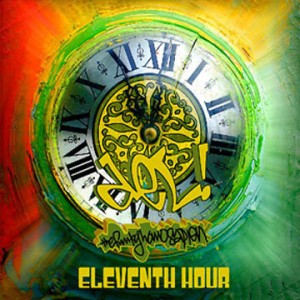 “We used MDMA when ecstasy was pure,” says Del in his slurry guttural drawl. “But it wasn’t poppin’ like now in the Bay Area. It’s their whole mantra. I like to keep my mind on a certain level before a show. I don’t want people seeing me eking out. If I’m recording, I’d be too lit going off in a corner talking to someone trying to keep from flying off somewhere.”

“In Amsterdam, we had so much bomb we were being stupid rolling the fattest joints,” he avows. “We went to Christian’s little flea market. They’re selling weed and shrooms. Coffeehouses had all different strains. I was so smarmy about it, (customs agents) must’ve assumed we had weed ‘cause my boy Kwame had dreadlocks. So they strip-searched us. They asked to see my wallet and I had a little hash crumb in there. I laughed and said, ‘You gotta be tripping. Just throw it away. Or smoke it.’ They said it was a federal offense distributing drugs. Kwame paid $400 before they let me leave.”

Surprisingly, despite this painstaking circumstance, Del doesn’t support marijuana legalization. His reasoning has more to do with the general public’s immature habitual abuse than any ridiculous government agenda.

“People’d be playin’ the fool too much,” he opines. “Weed’s not so severe. But you gotta know your boundaries, have restraint, or drugs’ll control you ‘til you ain’t doing ‘it’ anymore, ‘it’s’ doing you. I ain’t gonna front, but you don’t know what’s gonna happen with somebody. I’ve been to a rave where kids be poppin’ X. But I saw these same kids at another show and they were like