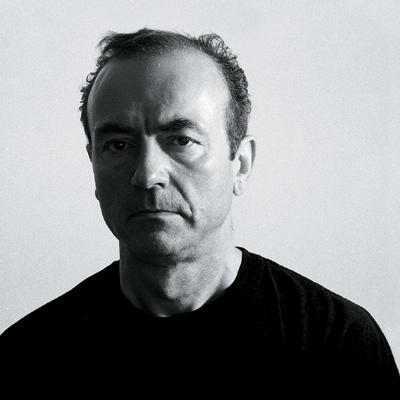 FOREWORD: Would you believe the only time I’d get to experience former Stranglers front man Hugh Cornwell in concert, he’d come up sick. He told me that was the first time sickness prevented him from playing. Anyway, this ’99 phone interview with the ‘70s punk legend proved he was still full of piss and vinegar.

Through the course of a dozen studio albums, the infamous British combo constructed such fine, memorable tracks as: the rousing rock-related anthem “Get A Grip On Yourself” and the spiffy, organ-doused chant “Something Better Change” (compiled on The Collection 1977 – 1982); the sinsiter “Ice Queen” and the Industrial-driven “No Mercy” (from ‘85s Aural Sculpture); and the gleeming new wave-ish dancehall blaster “Nice In Nice” and, perhaps their most compelling piece, the resilient summer anthem “Always The Sun” (from ‘86s Dreamtime).

In ‘88, Cornwell released Wolf, his first solo project. Eleven years hence, he strikes back with the feisty Black Hair Black Eyes Black Suit. Still full of piss and vinegar, and as witty as they come, Cornwell keeps the beat stompin’ on the harmony-laden “Nerves Of Steel,” the hook-filled pop gem “Endless Day Endless Night,” and the shimmering “”Hot Head.” Ghoulish organ penetrates staccato guitar and a deep bass groove on “Long Dead Train” while the soft, contemplative “Jesus Will Weep” makes amends in a sea of orchestral tranquillity. As for Cornwell’s future, he claims his next album will be “extremely psychedelic.”

After conducting this interview from a phone at some Boston venue, Cornwell got sick and missed his Mercury Lounge show in New York City the next night (apparently the first date he missed in 25 years). But he’ll be back, acoustic guitar in hand, to do some solo sets in the near future.

AW: How do you remain so vibrant and motivated after twenty years in the music business?

Do the Stranglers still exist as a band?

They got a new singer who couldn’t play guitar. So they got a new guitarist as well. Everyone’s disappointed with what they have achieved since I left.

Compare your solo work to the Stranglers records.

The song style is pretty much the same, but it’s more guitar-oriented. As I’ve gotten older, words became easier. My lyrics are more about what I want to write about. Practice makes perfect.

Does the album title, Black Hair Black Eyes Black Suit, refer to you in anyway?

No. Actually, it’s a line taken from an old Robert Mitchum movie. He’s a suspect in a strangling case where people say they think they saw a man in a black suit with black hair and black eyes. The detective says, “yeah, well there are about two million people that fit the description.” The song ended up being about the triumph of bureaucracy in our lives, and male domination, unfortunately.

So you feel women are discriminated against?

Absolutely. And it can’t be good. There’s a poet friend of mine who described it as the dull, deafening drone of male domination.

However much you try to achieve, people are constantly embattled with bureaucracy. It hinders the creative process and enters every facet of our life.

How has it affected your career?

On day to day things, I find it hard to cut through the bullshit. In fact, the word bureaucracy is another synonym for bullshit. Isn’t it?

In the Stranglers, your stage shows were wildly frantic. You’d take the stage nude at times.

There was a lot of testosterone going around.

How has the British scene changed since the ‘70s punk era?

The Brit scene has been dominated by dance music for the last ten years. Now, people are rediscovering songs, which is what I do.

What music did you listen to as a kid?

When I was young, I was into everything: Arthur Lee and Love, Beatles, Rolling Stones, Kinks. As I matured, I got into Velvet Underground, the Doors and Surrealistic Pillow.

On VH1, Chrissie Hynde said she almost joined the Stranglers.

Yes. She used to come to our early gigs and our manager wanted her to join as a singer. I said, “We already have two singers.” It didn’t happen, did it. (laughter)

There seem to be a few personal reflections on Black Hair, like “Jesus Will Weep.”

Oh yeah. That’s about me splitting up with a girlfriend.

Does “Nerves Of Steel” relate to your tenacity?

It’s like a modern day “Get A Grip On Yourself.” It’s about confronting life. But I’d hate to think all my stuff is taken so seriously.

I thought “Not Hungry Enough” might be about a young artist who doesn’t have the desire to carry on.

No. It’s a theory I have. Wars only start because people have full stomachs. When they’re hungry, they’re too busy trying to put a roof over there heads, getting food, and someone to cuddle. When these criteria are met, they get greedy and want to create wars.

Has liberal leader Tony Blair helped out the minorities and poor people in England?

He seems to be working out. I spoke to someone in Los Angeles who said the only reason the American economy is on its feet is because Reaganomics worked. It made sense. It takes ten years for an economic system to filter through. We won’t know if Clinton did good until another ten years. Whatever policies a politician brings in, you’re not going to see the fruits of them for a generation.

If you weren’t involved with music, what would you be doing now?