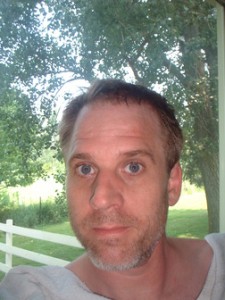 FOREWORD: A reputable motor repairman, Jack Logan moonlighted as a local Athens musician, composing scrappy originals from 1979 to 1996. When Logan’s massive lo-fi DIY collection, Bulk, caught the attention of now-deceased Billboard scribe, Timothy White, indie rockers lined up to check it out. Soon after, I attended the tail end of a’96 CBGB performance.

In ’99, Logan made time for me, pre-gig, to answer some questions about his latest project, Buzz Me In. Upon meeting the entrepreneurial Georgian, I was struck by his down-to-earth nature and sharp sense of humor. He has recorded sporadically since then. ‘06s Orthodox Garage was credited to Third Creature, Logan’s latest creation.

“In my opinion, there’s more good, well arranged music being made now than ever before,” confident singer/ songwriter/ cartoonist/ motor repairman Jack Logan shares as we lean against opposite sides of a mailbox outside Maxwells in Hoboken. 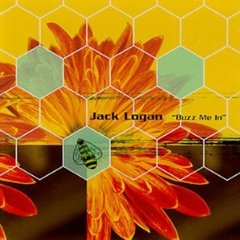 Never one to stay dormant, Logan has been doing several tour dates with Scrawl.

“As we were loading out of the Knitting Factory last night, I watched this incredibly wack Jazz band at the downstairs stage with only three other people. New York’s so big and there’s so many shows to go see. But those guys were great,” Logan admits.

Buzz Me In relies more on somber first-hand accounts than any of your previous releases.

JACK LOGAN: A huge influence on it was Cosmo Vinyl. He leaned towards personal, atmospheric material. Left to my own devices, I’d have more raucous rock stuff. He has broad tastes and loves jazz and soul. Our common ground was we were both big Solomon Burke and Rolling Stones fans.

Will you disappoint hardcore fans because you’ve temporarily abandoned the off-the-cuff lo-fi approach of Bulk?

Yes. But at the same time, I released Tinker on the internet through Backburner Records. We’re pedaling that. It’s closer to Mood Elevator but has more offbeat, weird stuff. I prefer the crude method of guitars and amps since I can’t afford more gear. Me and Kelly put Tinker together as a small scale project. A lot of labels would have told us to hold off on the internet thing since they’re recording us, but Capricorn didn’t bother us.

You remain quite proficient. How do you decide which songs go on which album?

On Buzz Me In, Cosmo had more of a vision than I did. It was the first time I recorded in a real studio. He paid excruciating attention to tuning and pitch.

He gets you to sing in a deep, stately voice. On “The Possibilities,” you show off a jazzy lounge-pop tone closer to Anthony Newley or Scott Walker.

Cool. Cosmo was attracted to that side of it. He called me Mr. Soft and Smooth. Some people prefer that side of me since I’m not a great soul shouter. I worked within my limitations. Bulk had some songs in that vein and he wanted to make a more sophisticated record. Some fans complained this album isn’t as direct. But I’m stupid enough to think I could do loud rock, shambling country, and introspective songs. I owe it to myself to record in a serious, professional manner.

Commercial radio offers no support for many significant rock and hip-hop artists. Is there a way to circumvent that frustration?

Radio is the best way to get exposure. I don’t know who comes up with their formats. Back in the days, you didn’t have conservative shareholders to please. Dylan got signed because John Hammond thought he was good. AM stations used to mix British Invasion records with novelties and soul music. They didn’t worry if it didn’t fit together seamlessly for everyone to swallow. Major labels are not in that position anymore. They’re scared. So they throw ten bands against the wall to see which one sticks and has a hit. Costs are covered and they drop the other nine bands. But I’m resigned to the fact I won’t get much airplay. You deal with it and go forward. There’s better songwriters than me, like Mark Eitzel, who stands less of a chance than I do. He’s without a label. Tom Waits put out his latest album on Epitaph because his former label lost interest.

Most worthwhile music has been hidden underground since the Ramones defined the ‘70s. Friends I used to hang out with in my twenties became lame in the ‘90s, leaving behind their music interests when Stevie Ray Vaughan died in that plane crash.

Right. They’re listening to the Allman Brothers and whatever they liked when they were 18. Some people get smacked in the face by reality and use that as an excuse to become boring. I’ve retained my youthfulness by having a blast with my band. They’re the funniest bunch of motherfuckers.

I’ve enjoyed your masterful cartoon script for the Coolies best album, Doug, and the colorful illustrations you’ve done for the children’s album, Not Dogs, Too Simple (A Tale of Two Kitties). When did you develop an interest in that artistic mode?

I’ve been doing cartoons for years. I’m probably as good a draftsman as I was at 16 but I’m more comfortable – use what you’ve got and don’t let fears keep you from trying. It makes it easier to extend adolescence while you become more responsible.