“It’s been educational. Our local scene had camaraderie,” he affirms. “The environment in California’s lazy, not apathetic. We won’t leave our flip-flops ‘til we’re guaranteed a good time. So it’s semi-numb. But San Diego’s surprisingly conservative. You have ‘the man’ to contend with. Influential Mexican culture’s hidden. It’s the land of mini-malls and the government’s eager to cover up Mexican history not deemed culturally acceptable.” 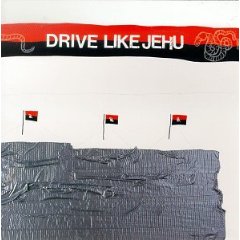 Rebuking the cold, sterile sound carrier, Reis rails, “Compact discs are controversial in many ways. It was the future wave we were forced to buy into it, less sonically, visually, and economically feasible – reeking of labels making more money because they were cheaper to make than vinyl. Everyone swallowed the purple Kool-Aid.”

“We got into a fierce democracy by then. Everyone put two cents in. Dischord stuff was a big influence. I loved Teen Idles, Minor Threat,” Reis admits, before downplaying his role in prefiguring ‘emo’ bellwethers Jawbreaker, Samiam, and Promise Ring. “We were apart from them. We’d never tag ourselves as ‘emotional hardcore.’ Neither would those bands. We were part of a loose group of piers influencing each other. As our music progressed, we kept in touch with what was happening, liking Beefeater, Rites Of Spring, and Dag Nasty. Fugazi’s probably the best live band I’ve seen, always exciting to check out and draw inspiration from.” 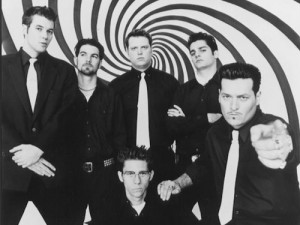 “Scream has a loose vibe – prominent horns,” Reis recalls. “Our debut’s first batch of songs were written, recorded in a few days. That was cool fun. For the second, there was a time gap. We’d evolved threefold, toured a lot, and adapted our sound. We found new ways to express ourselves sonically. By Scream, we’d digested, regurgitated, and incorporated many things deemed cool. Ultimately, you wanna make people feel the way you feel creating music you like.”

“It’s a look at America’s mainstream acceptance of homosexuals being on television and seen as jesters – good to laugh at and entertaining to watch – but there’s still a contradictory homophobia,” Reis submits.

Reis claims, “As a whole, we felt happy with what we did. X-Ray had a real dry ‘70s punk production – no frills, dead sounding. We weren’t flavor of the month, but wanted acceptance. We had to be who we were. Lyrically, we tried to stylize and mold ourselves to the Saints and Boys.” 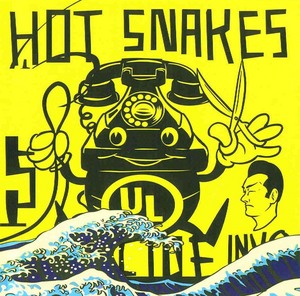 Which brings us to R.I.P., an uplifting farewell capturing a great American band in their element at Westin Hotel Ballroom, Halloween ’05. Reis enters the stage in a coffin donning a blood-stained shirt as horns pipe out initiating licks to Screamin’ Jay Hawkins voodoo brood, “I Put A Spell On You.” The crazed “Get Down,” in particular, anxiously explodes full-throttle. Terse rockabilly boogies, camouflaged in studio interpretations, copiously benefit in this sweaty environment.

“I still get big incentive from (satirical Chicano Elvis impersonator) El Vez,” Reis avows. “The way he performs, his resourcefulness, and how he makes a shoestring budget look like a million bucks. He mixes fun with social relevance and is fulfilling on many levels – a super-cool guide dedicated to the art of putting on a show. When punk started, it was the reactionary antithesis to arena rock bullshit – the popes of rock people prayed to and bowed to with lighters raised and girls flashing tits. Punk was about everyone being part of the show on an approachable grassroots level. To have El Vez find medium-ground, elevate it, and not lose sincerity is awesome.”

“I do ape the down-stroke, cleaner textures, and a certain velocity from the Wipers,” Reis says of guru Greg Sage’s cult crew. 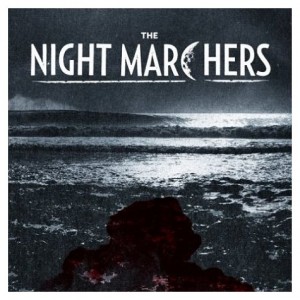 “It’s a new band, new outlook, new things going on, but same guitar sound, fingers, vocal chords. Some things you can’t escape,” Reis smirks. “It sounds like all my bands rolled into one. In the past, they were compartmentalized with different casts who’d take songs and put trademark sounds together. Obviously, I’m only in one band now. We’re tackling material, realizing what can be done.”

“Black Flag’s Damaged made a profound impact – half-joke, half-terrifying – made by criminally insane creeps. They were like a favorite horror movie,” he says.

So life goes on for the cocksure bard. “World domination is eminent. I’ll ride that to the bank. Night Marchers are decapitating people with fresh sounds.”