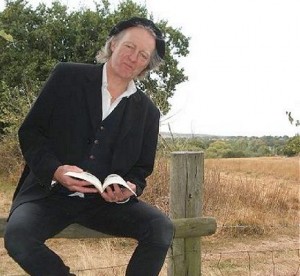 FOREWORD: Spectral subterranean British artist, Martin Newell, has made his mark in the deep underground with various hooky pop combos such as Cleaners From Venus and Brotherhood of Lizards, working with XTC’s Andy Partridge and Captain Sensible at times. Though he’s been happily stranded in obscurity, cultists will rightly claim Newell a lost genius. He’s been working more often on spoken word and novels since colorful ’93 solo album, The Greatest Living Englishman, came out. I got to speak to him via phone from England to promote the re-release of Brotherhood Of Lizard’s ‘89s LP, Lizardland, during ’95. This article originally appeared in New Review magazine. 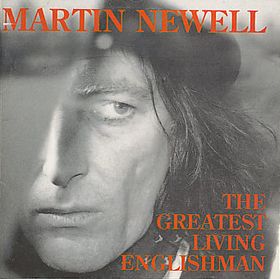 Sparkling with tasty pop sincerity, “It Could Have Been Cheryl,” the insouciant “The Happening Guy,” and the sunny “Dandelion Marine” are nearly as catchy as “She Dreamed She Could Fly.” In a fair world, these are top 5 singles, as the mainstream tone recalls the Beatles indirectly.

“I just like old music,” Newell explains. “I like to go back to my roots – the Beatles, Kinks, and Small Faces. I make records that sound like the music I liked when I was 10 years old. I call it twinkly pop. I’ve always been a bit scruffy, but I make music spontaneously.”

Beginning his musical career in punk-frenzied 1977 in London S.S., whose members splintered into three culturally important bands – the Clash, the Damned, and Generation X – Newell was left to his own devices.

“I was lead singer of a progressive rock band out of East Agnia,” he quips. “a town largely bypassed by the Industrial Revolution. Then, I formed my own band, Stray Charlie’s. We made a single in 1980 called “Young Jobless,” about England’s unemployment problem, but a scandal broke. A leftwing government was said to have given me money to record the song. It wasn’t true. I was broke.”

Following this, he recorded as the Cleaners From Venus, an engaging unit that released about ten homespun tapes in Europe from ’81 to ’88, aided by guests such as Captain Sensible (of the Damned).

Newell declares, The Cleaners From Venus never made any money and although The Greatest Living Englishman sold loads of records in Germany, I feel beholden to the sharks of the industry. When you’re young, it’s a joke, but my girlfriend has two kids. How much longer could I go on like this?”

Yet he’s full of plans.

“A new album which I may call The Off-White Album, a satire on the Beatles, may happen. Actually, Crowded House sounds more like the Beatles. My voice doesn’t sound like them. The record is a logical succession to The Greatest Living Englishman. A string quartet plays on a few songs. It’s very organic. Then, there’s a four-song Let’s Kiosk, recorded cheap and cheerfully in a garage in Colchester. I also have a satire written called In Search Of Ted Jarvis, a mythical rural poet who hates artists and Commies. He’s a hick who’s elevated to the status of rustic genius.”

Hopefully, he’ll go on long enough that we’ll hear these projects and many more.