Inspired by Taps Bar & Lounge (a busy beer pub near the Tampa Convention Center) during a 2011 business trip, entrepreneurial electrical contractor Denis Maher decided to start his own pub up north. A native of Ireland who came to “the land of opportunity” during the ’87 Irish recession, Maher wanted a “cold look” for his craft beer haven.

Since then, Ambulance has become my second home and over one hundred beers have been happily consumed here. 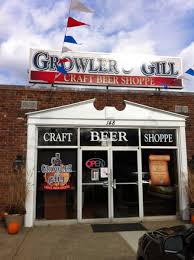 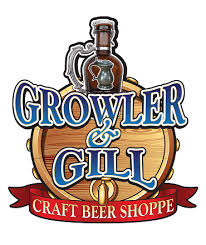 On a rainy Sunday afternoon in October ’13, my friend Dennis and I grab one of the 4-seat tables to watch the Giants-Eagles football on the two TV’s sidling the back bar. Refrigerated and shelved beers are located to the right behind a few bar-stooled barrel tops. Sundry tap handles line the shelves above the blackboard beer list (along the bar walls) while exposed ducts and large wood moulding help define the cozy cafe-styled ambiance. People next to us munch on giant pretzels and barbecue wings as we settle in to catch the Giants lose their fifth straight game.

On Wednesday Trivia Night during October ’13, revisited Growler & Gill with wife to try a few new Jack’s Abby brews from Massachusetts. We ate the hot spinach with artichoke spread alongside hummus and pita (with green olives and sun-dried tomato dip) before devouring the fish and chips.

Oodles of brewer specials, tap takeovers and Meet The Brewer nights should keep the beer hounds comin’ out for more. Whatever cannot be found at Growler & Gill may be available at nearby Bardonia’s Cable Beverage (also recommended).