My wife and I visited TRB, August ’21, to suck down a dozen varied 5-ouncers in the breezy warmth of the Beer Garden. 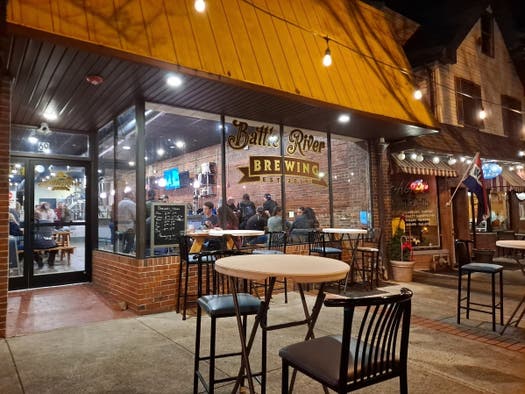 The red brick-walled interior features an art deco black ceiling, hanging Edison lights, exposed pipes and a narrow hallway leading to the back-sided beer tanks. At its gray granite top bar are 30-plus tap handles, a blackboard beer menu and centralized TV. There are windowed community tables for extra seating.

My wife and I sat down for some sassy suds August ’21. 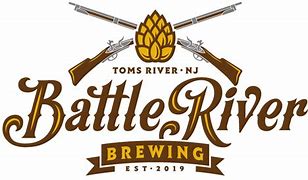 Local disabled marine, Charlie Ryan, recently took over head brewing chores from veteran homebrewer, Ryan Michaels (formerly of Sly Fox). And as of my July 2015 visit, the brewery now bottles two of its year-round mainstays and a few specialties.

Alongside each of the aforementioned bottled selections tried on draught, three more worthy elixirs were quaffed as 4-ounce samplers and then by pint glass.

Making some of the most consistently rewarding and authentic mild ales, Rinn Duin will easily satisfy anyone with a hankering for crisp Brit-styled nectar. 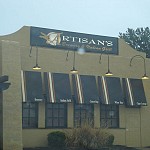 By 2010, the Gregorakis family, owners of Basil T’s, changed their upscale brewery-grill to ARTISAN’S in order to avoid confusion with nearby Red Bank’s similarly named brewery.

On my June ’11 stopover, I took a seat at the U-shaped, slate-topped central bar to try delicious feta-stuffed lamb meatballs and cream of mushroom soup with five soft, approachable beers and one robust Bavarian pils.

Hoffmann doesn’t try to hit you over the head with outrageous hop bittering or obnoxious alcohol persistence, keeping beer profiles accessible to mainstream customers as well as obliging aficionados. Though his springtime weizenbock and maibock were gone by time I arrived, tart banana bubble-gummy Hefeweizen (with its perfume-hopped green apple and white grape nuances) nicely sufficed.

After a long July ’11 week of body surfing in Long Beach Island, headed north to Toms River and once again perused Artisan’s for lunch. Seated directly behind the brew tanks with family, I noticed a beautiful canvass-like mural exhibiting the brewing process (spread across the interior wall above our heads). The goat cheese salad was delightful, as was my wife’s Mediterranean pizza.

At mid-afternoon on a Saturday in March, 2012, my wife and I settled at Artisan’s after perusing Carton Brewery half an hour north. We get seated in the intimate left dining area, a cozily romantic space where I down brewer Dave Hoffmann’s two latest libations. (Cigar aficionados should be advised that a sectioned off area accommodates smokers.)

I’ve always found Hoffmann’s general fare to be refined and soft-toned. And the man who splits time fronting Climax Brewery would not disappoint this time.