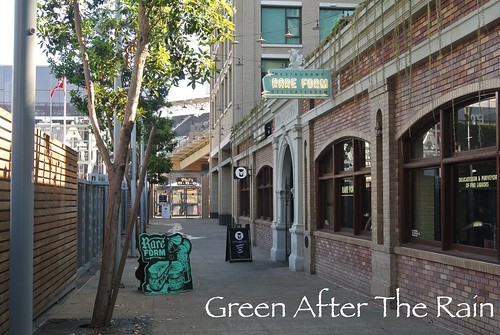 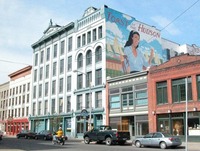 Friendly capacious joint, BROWN’S BREWING, located nine miles east of Albany in downtown Troy, proved to be a friendly destination on several journeys going to and leaving nearby Berkshire Mountains in western Massachusetts.

Arriving at my destination before noon, October ’10, hung out with 17-year Brown brewer, Peter Martin, whom I’d met a few years back with the family. We shared a few thoughts after I quaffed samplers. On this visit, I’d garner four previously undiscovered brews.

“My only criticism of Tomhannock is it lacks the smoothness of traditional Czech pilsners,” Martin said.

As for soft-toned salami-smoked beechwood-chipped Rauchbier, he offered, “It’s sweeter somewhere along the Marzen style. I’ve made American smoked beers a few times. The only ones I’d known beforehand were from Germany’s Bamberger region.”

Martin concluded, “I’m more of a traditionalist. I’ll do over-the-top seasonals. And big beers are fun. However, it’s easier to sell a gallon of pale ale over super-octane brews.”