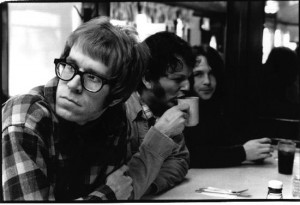 FOREWORD: Velvet Crush mainstays Paul Chastain and Ric Menck make more money backing up power pop icon, Matthew Sweet, than they did leading their own exuberant combo. But that’s life in the music biz. They haven’t collaborated on a new recording since I did this interview promoting ‘04s worthy Stereo Blues. This article originally appeared in Aquarian Weekly.

Meeting in Champaign, the duo moved to Boston, suffered abject poverty, then ultimately built Velvet Crush from the ground up in nearby Providence, Rhode Island, where a supportive ‘80s fringe scene developed around Scarce and Medicine Ball.

“We were isolated from that, kept to ourselves, but it was a cool little community,” Chastain maintains. “A couple local clubs opened. We developed a Philly, New York, and D.C. fan base, put out two singles, the pre-Velvet Crush tune “It’s Not True”, made at Matthew Sweet’s Princeton house (prior to now-departed bassist Jeffrey Underhill’s tenure) and (‘80s collegiate rock throwback) “Ash & Earth,” which appeared on our debut.”

Cheekily titled In the Presence of Greatness, prescribed as “maximum power pop,” navigates retro-rock contours with tuneful precision. Vibrant opener “Window To The World” imbues the melodic assuredness of ‘70s semi-legends Badfinger and Big Star. “Drive Me Down” gets a buzz-y Replacements-like vibe; jangled “White Soul” recalls prime REM; and upbeat “Die A Little Every Day” conquers despondency. Menck, who’d preliminarily bonded with Lincoln, Nebraska, native Sweet in Athens, Georgia, got him to work the boards.

“Ric drove down during school break in Iowa. They hit it off; had similar tastes. Then Ric came back to Chicago where I met him. When Matthew got a development deal for (‘86s) Inside, he needed to put together a band, which included us. We opened for Toni Childs. I played occasionally with him since. (‘88s) Earth was slick sounding, but (unqualified ’90 masterpiece) Girlfriend was organic, raw, and open,” Chastain ascertains. 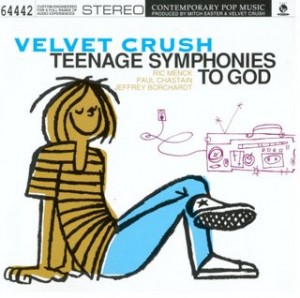 “Mitch was one of our pre-Crush heroes. He’s multi-talented with cool rock sensibilities, awesome guitar-bass skills. We then made (‘96s) Heavy Changes, a very different record, with him,” Chastain admits.

“It’s a complicated path winding your way through our records,” Chastain chuckles. “Bob Salerno started a label, put our record out, but it wasn’t successful. We parted ways. As Sweet’s sidemen, you get paid, whereas sometimes on your own, you don’t. Ric’s toured with Pernice Brothers, Liz Phair, and Marianne Faithfull.”

“We take our songs as far as they’ll go, then get input and instrumental support from our resourceful producers. We could make songs in-house, but that’d be boring. On Stereo Blues, we worked with (criminally neglected singer-guitarist) Adam Schmitt. We’d known him 20 years, lost touch, then re-connected. Ric got together for basic tracks, bashed out demo arrangements ‘til everyone knew them, and afterwards went back to L.A. Adam and I then finished at his studio. As we got further along in the recording process, money tightened, so I’d overdub at home,” confides Chastain.

Long-time pal, soloist Nick Rudd (synthesizer), Weird Summer’s Bob Kimbell (detuned slide), and others assist, but Chastain handles much of the load, taking a sideways approach to the sessions.

“Interestingly, I was in four stages of different songs at various times. It was crazy; everything took longer,” he recollects. “Primarily, this album takes us back to the guitar rock feel of our first album, but has Teenage Symphony’s production value. We made accessible songs that aren’t as stripped down as originally envisioned. We wanted a trashier live sound to take us in a slightly divergent direction.”

Chastain concludes, “We were afraid Sweet’s fans would be turned off by us going alone a half hour, but didn’t hear any complaints.”