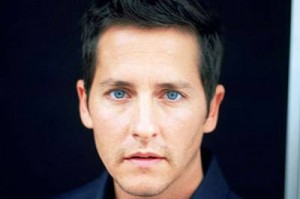 On his alluring ‘98 debut, Dressed Up Like Nebraska, Rouse’s bittersweet acoustic retreats formed the crude basis for what was to come. Rouse teamed with Lambchop linchpin Kurt Wagner for the rustic Chester EP, then decided to custom fit his next batch of tunes with more elaborate orchestral arrangements. The fully realized result, Home, goes further adrift, eliciting chills with a gray atmospheric moodiness and fleshed-out reflectiveness closer in tone to underground pop icons Freedy Johnston and Ron Sexsmith than the lo-fi sensitive male sect.

An understated melodic subtlety pervades “Laughter,” the celestial “Parts And Accessories,” and the soothing “Hey Porcupine.” “Afraid To Fail” drapes honey dew guitar notes across a beat driven, cello-imbibed arrangement. Thanks to trumpeter Dennis Cronin and trombonist Roy Agee, the dirgey “Little Know It All” recalls the obtuse brilliance of deceased underground legend Benjamin (of Opal Foxx Quartet). On the jangly “Directions,” Rouse lambastes a procrastinator: “stay out all night and get high with your friends/ wonder why you don’t get one thing done.” 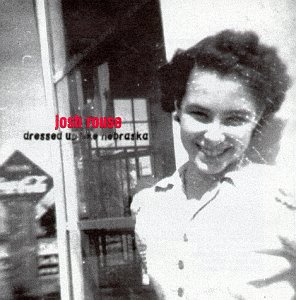 AW: Are your introspective songs based on personal crises?

Where’d you get the inspiration for “Marvin Gaye”?

I wrote that song in the van while listening to Marvin Gaye’s “What’s Going On.” There’s a line in the song that goes “who really cares?” It’s also a line he uses in his little between-song rants. I looked at the song and thought it could have been about a part of his life. He had a series of successes and failures. So I’m just a big fan who thought the title suited the song.

What other artists inspired you?

Tom Waits is probably my favorite. I fell in love with his music and bought all his records. He’s probably the best songwriter I ever heard. He’s on another level on his own planet. What’s Going On, U2’s Joshua Tree, and Fleetwood Mac’s Rumours are some of my favorite classics. Their songs flow without abrupt changes.

Some songs seem inspired by the rural Nebraska area you grew up in.

Those rural leanings probably affected the first album. But it wasn’t done purposely. I’m from a town of 500 people in a farming community in the middle of Nebraska. I grew up in the corn rows. By traveling around on tour, the new album has more of an urban feel. I didn’t use acoustic guitar as much. I substituted vibes, trumpets, and trombones. I’ve lived in eight different states. My father was in construction so I changed schools a lot. My uncle showed me how to play (Crosby, Stills & Nash’s) “Ohio.” Then I went out and bought a guitar at a pawn shop and started writing my own stuff. My grandfather was in a band in the ‘50s that played the blues. Some of my inspiration comes from there.

How’d you hook up with Kurt Wagner of Lambchop for the 5-song Chester EP?

Kurt and I are good friends. We listen to a lot of the same stuff and it rubs off. I told him I had some really cool music I had no words for. I wanted him to add funky words. Basically, I’d hum into a cassette tape and give him the music. He’d get six or seven paragraphs of words and I’d edit him down. We got my 8-track, went to my friends’ studio, set it up, and got Malcolm Travis from Sugar to play drums. The whole EP is mostly live and knocked out in one day. Kurt just said, “That’s good. That’ll work.”

Do you mind getting lumped in with sensitive male singer/ songwriters such as Smog or Will Oldham?

I love Will Oldham. I think he’s fantastic. I don’t mind being compared to them, but the image that pops into your head is some whiny guy. My songs are more open-ended and stream of consciousness. I’m not really going, “oh my girlfriend left me.” A lot of my songs deal with love. They’re about different situations and relationships that don’t deal with that. But I don’t want to be lumped in with Duncan Shiek or Counting Crows. I do make up songs but I’m not a storyteller-type like James Taylor, Bruce Springsteen, or Leonard Cohen. They write these beautiful stories and tales. It doesn’t work for me because it’s too laid out for everybody. I like to keep it a mystery, which is fun.

Is it easier to relate honest feelings as you grow older and wiser?

Yeah. I guess if I thought about it too much I’d be self-conscious worrying what people think of me. Even my relatives or wife try to read into the lyrics. That’s when it gets uncomfortable. It’s like if you had a dream. You wouldn’t want someone to know your own deal. It’s strange to talk about them and have someone analyze your dream.

Did you enjoy the Cowboy Junkies tour?

I did about 24 dates opening for them. Usually on a tour like that half the shows are good and half you’re better off back at the hotel because people aren’t paying attention until the band they paid $20 to see goes on. After I’d play, the Cowboy Junkies would ask, “How’s the audience tonight?” They played a prank on me and initiated me the last night of the tour by putting carbonaro sauce on the microphone. I’m up there singing and my lips were burning and eyes watering. I thought it was some weird shock. So after the first song, I look back and their tour manager was on the ground laughing.