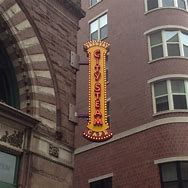 Located at the Marriott Hotel in downtown Hartford, CITY STEAM BREWERY may be the most versatile New England gastropub. On an overnight May ’12 jaunt, my wife and I (with dog, Roscoe, in tow) stayed across the river from the ‘Insurance Capital of the World’ in a cheaper East Hartford hotel, traversing the one-mile Founders Bridge to once more peruse one of Connecticut’s finest craft beer havens.

Tucked inside the bustling metropolis next to the Constitution State’s Science Center and the Victorian-styled Old State House Square and just a few blocks from Mortensen River Front Plaza, City Steam has been a haven for local citizens and curious visitors since the mid-‘90s.

Copper brew tanks are located behind the primary Z-shaped bar at the front window and the upscale casual cuisine goes well with the diversified beer selections.

After April ’12 Easter Sunday in Danbury, I woke up on a breezy Monday to journey once more to City Steam. This time I quaffed six previously untried brews while chomping on nacho platter with wife at ground level bar ’round noon.

On the light side, White Wedding, an unfiltered Belgian-styled witbier, retained a citric-fizzed lemon spritz, recessive banana-clove sweetness and mild white-black peppering. Light in appearance but not in flavor, bold Blonde On Blonde American Pale Ale could be mistaken for a brisk IPA with its lemony grapefruit-peeled bittering, resinous piney bark dryness, sneaky juniper hop prickle and humble peach-apple-pear conflux.