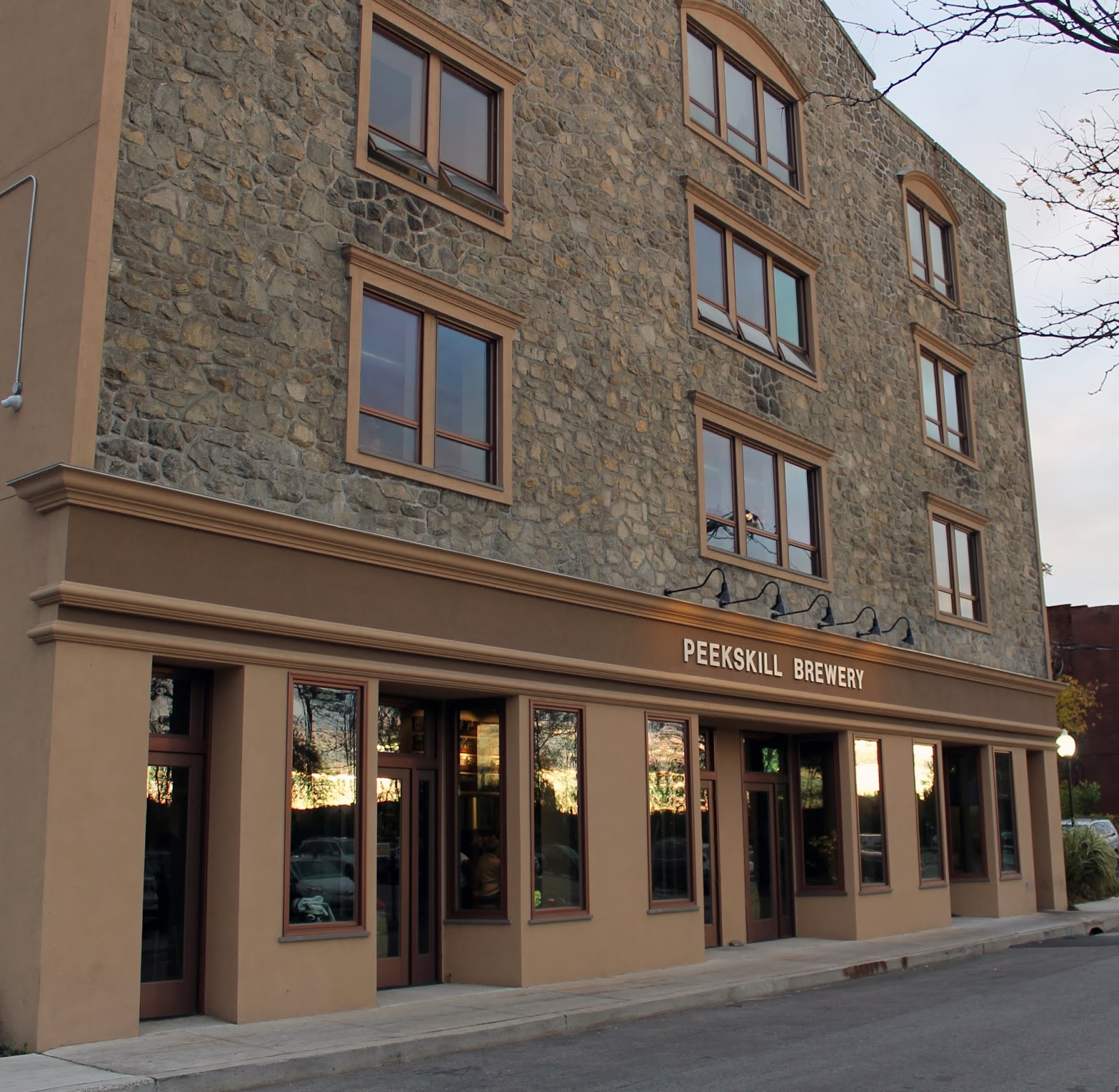 Across Hudson River railroad station, first visited PEEKSKILL BREWING COMPANY with wife, Valentine’s Day, 2009. A fine German-American-styled restaurant with great bottled-tapped beer selection and a few homemade elixirs, its original two front dining areas were separate from the narrow back bar (with side tables, mounted TV’s, copper tile ceiling, and jukebox). By late 2012, the brewery would move across the street to a better location.

Original brewer, Neill Acer (formerly of defunct West Side Brewery and Ramapo Brewpub), was the stabilizing force from the beginning until his departure in 2011. A veteran zymurgist, Acer split time between Peekskill and Pearl River’s Defiant Brewing (where he still reigns supreme). During ’11, experienced craftsman Jeff O’Neill was hired from Ithaca Brewery to assume the role of head brewer (until O’Neill took the post as Industrial Art’s head brewer circa 2016).

Upon my August ’13 two-hour stopover, I gain access through the side entrance and sit at the left corner of the bar to quaff four previously untried beers and one revisited sour ale. FYI: Guest taps on this day include the increasingly popular Allagash White, Firestone Walker Double Jack, Great Divide Hoss, Lagunitas WTF, Ommegang Rare Vos and Southern Tier Live.

By the time I left Peekskill this sunny Sunday afternoon, a local Jazz band had taken the makeshift outdoor stage to entertain the diversified patronage.

Got to hang out with friend, Dennis Flubacher, and 29-year-old Peekskill Brewery owner, Keith Berardi, Thanksgiving Eve, 2010. Enjoyed plate of nachos while consuming two undiscovered treasures, one of which is a Garam masala-spiced seasonal in its second year, and the other, a newfangled concoction named after our red-haired bartender.