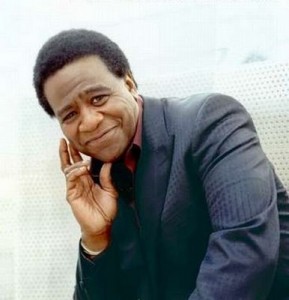 FOREWORD: I was supposed to do a phone interview with Al Green while he was in Europe and I was vacationing in Naples, Florida. It never happened. But I got to take my parents and wife to Montclair’s Wellmont Theatre to catch the living legend doing his thing in December ‘08. That’ll have to suffice. This article originally appeared in Aquarian Weekly.

But Green and Wynne never became as recognizable as the first four listed household names, possibly because they didn’t have identifiably nostalgic ‘60s backgrounds. Yet alongside Frank Sinatra, Tony Bennett, and Nat King Cole, Green is an undeniable world class majestic crooner.

In late 1971, Green’s lithesome pipes filled the airwaves when he intrinsically caressed the devotional dialogue of classic venerating serenade, “Let’s Stay Together,” a compassionate pledge of love delivered in a rapturous conversational tenor one step beyond the torch singers he once emulated. On the heels of ‘70s almost equally seductive “Tired Of Being Alone,” this tender-hearted lover’s concerto became one of the premier make-up anthems of all time. 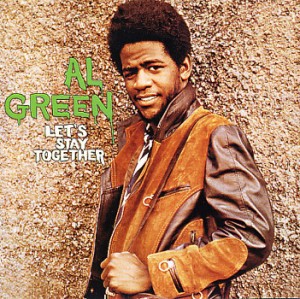 At its foundation, “Let’s Stay Together” featured the distinguishable schematic that made Green a reliable chart topper: tantalizingly orchestrated horn and string sections complementing the singer’s effortlessly inflected and distinctly elucidated vocal lines rendered so perfect other interpreters would be unable to modify the elemental lyrical ebb and flow. His signature climactic falsetto shrill, with its aching emotional ember, is unduplicated.

‘77s challenging The Belle Album signaled a temporary termination of the Green-Mitchell partnership. Alongside ‘78s Truth ‘n Time and Love Ritual, these ambitiously divergent self-produced masterworks combined his funkiest beat-driven jabs with resolute Blues constructions, placing Green’s rangiest vocals in the center instead of on top, lessening the drawn-out fervent shrieks, curbing his bedtime libido, and occasionally giving due respect to the almighty.

Despite Green’s unjust obscurity amongst ‘80s-raised kids in America, the humble soul icon courteously accepted his merited ’95 election into the Rock & Roll Hall Of Fame. But even that noble glorification failed to gain the courteous descendant of a sharecropper proper present-day recognition when compared to the harder rocking six-string-dependent peers making louder noise. After all, Green’s meditative musings were blessed with a distinguished Gospel-derived subtlety, class, and eloquence exploitative hip-grinding axe-wielding longhaired hipsters never dared imitate for fear of being derided by lunk-headed fans or easily dismissed by cognitive black brethren familiar with bellowing wailer, Otis Redding.

So it was truly pleasurable to see Green belatedly receive a Lifetime Achievement Award at ‘08s Black Entertainment Television ceremony. Spending forty years inside the music industry without getting the widespread acclaim he so clearly deserves, the still-vital singer went ahead and performed a few well-chosen nuggets in celebration. Showing off a raspier baritone husk on the low end, the veritable sixty-something vocalist encouraged the crowd to sing along to sumptuous chestnuts “Let’s Stay Together” and “Love & Happiness.”

That BET telecast offered a little enlightening information, too. According to legend, Hi Records producer-arranger, Willie Mitchell, convinced the then-aspiring Southerner at the onset to stop relying on the stylish methodology of masterful ‘60s idols such as Jackie Wilson, Sam Cooke, and James Brown, telling Green to start singing naturally instead of duping influential troubadours.

This forthright advice proved to be immeasurably advantageous. Green’s time-tested lover’s testimonials, always accentuated by smoothly syncopated lounge Jazz percussion, were constantly rewarding chart contenders. He personifies the dedicated springtime suitor on “Look What You Done For Me,” the balmy summertime daydreamer on “I’m Still In Love With You, and the politely purring equinoctial paramour on “You Ought To Be With Me.” The dependable deacon also acts the part of a debonair distant lover on “Call Me (Come Back Home)” and “Sha-La-La (Make Me Happy).” An unparalleled lady-killer, Green’s gushing spellbinding eroticism is most effectively arousing on the yearning “Here I Am,” the fetching “L-O-V-E (Love),” and the desirous “Full Of Fire.” All these libidinous tracks on wax came out in a brief three-year span, securing Green’s exulted status. Many of the B-sides were nearly as penetrating.

But tragedy struck on October 18, 1974, when an aggrieved liaison with a crazed married woman led to a hot grit-tossing incident, causing third degree burns on Green’s back and culminating in her suicidal shooting. It was a despairing moment in time that may’ve convinced Green to spread the word of God as an ordained minister at the Full Gospel Tabernacle and ultimately switch focus to religious musings. When ‘77s sterling masterpiece, The Belle Album, his first effort without guiding light Mitchell, and remarkably, his eleventh studio album in eight years, didn’t sell well, he began recording well-regarded Gospel material full time. However, by the mid-‘80s, Green slowly got back into romantic secular music, hitting the charts with ex-Eurythmics diva Annie Lennox on a splendid duet of ardent ‘60s peace treatise, “Put A Little Love In Your Heart.” 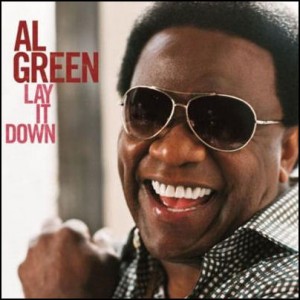 Recently, he put out the magnificent Lay It Down, a beautifully retro long-player ‘laid down’ by Roots mainstay Guestlove, whose crafty production technique hearkens back to Green’s glorious ‘70s epoch. High profile cameos by fashionable R & B enthusiasts John Legend, Corrine Bailey Rae, and Anthony Hamilton do not interfere with the master’s gently soothing gracefulness.

Green’s sensual charcoal-stained tenor has developed a richer resonation that’s as intriguingly modern and resiliently vibrant as it was during his heyday. Archetypal brass blasts and soulful organ get dispersed throughout, lending Quiet Storm warmth to “Just For Me.” Lucid Jazz-allayed rhythm guitar pulls the listener in as elegant horns inundate the coital ecstasy of “You’ve Got The Love I Need,” his best matrimonial hymn since ‘76s durable “Let’s Get Married.” There’s just enough urban grit in the groove to counterbalance its delicately cushioned Moments-Delfonics assimilation.

Onward, “No One Like You” borrows Sam Cooke’s wispy ‘baby’ refrain from “You Send Me,” as Green smacks down, then pulls back, the embracing chorus. And “What More Do You Want From Me” neatly revitalizes the stimulating adoration of “Look What You Done For Me,” another crown jewel in Green’s illustrious catalogue. The rest follows suit as each flawlessly executed soft-toned meditation brings forth a genuine intimacy.

More authentic recreating Green’s golden era than the triumphant 2003 comeback collaboration he did with long-time comrade, Willie Mitchell, Lay It Down successfully advances the Hi sound not only Green, but lesser known soul interpreters such as Ann Peebles and Syl Johnson, once dabbled in acquiring a blacker audience.

But let’s not downgrade worthy Green-Mitchell predecessor, I Can’t Stop, since its eclectic tone proves more affably multihued than the steadfast Lay It Down. Tranquil flute embellishes the title track while funkier rhythm guitar and female voices emboss horn-spurted BB King/ Bobby Womack-indebted blues truce, “Play To Win.” Poignant strings shower Green and his backup female chorus on the anguishing “Rainin’ In My Heart.” “I’ve Been Waiting On You” utilizes Stax horn blurts and punchy Muscle Shoals rhythms, yet it’s more in line with the subordinate contemporary blues artists now roaming major cities in slick fashion. Assertive Tower Of Power-styled horns and Jimmy Smith-procured organ embolden the snubbing condemnation “My Problem Is You” (where Green lets out some of his finest high-pitched shrieks). “Million To One” comes closest to reaching the satiny pillow-talked sentimentality of Green’s peak years. And he’s fancy free on “I’d Write A Letter” (which flows like a less aggrandized version of Blood Sweat & Tears “Spinning Wheels”) and insouciant circus payoff “Too Many,” the two venturous closing tracks.

If Lay It Down gets the edge over I Can’t Stop, it’s due to the heartwarming dedication Green’s allied admirers, such as Guestlove, had for him as they sought to recapture the timeless spirit of yesteryear’s foremost interpreter.

Every time the man takes the stage, he elevates his legacy, retaining the same charismatic allure and polished showmanship displayed from the outset. Transcending his enabler’s – Cooke, Redding, Ray Charles – Green has become a revered American music icon no singer in the last twenty years can hold a candle to. He’s simply divine. Spread the word.