Going around back, the separate white-columned farmhouse with beautiful earth-toned stone frontage stores the sour and spontaneous ale tanks.

My wife and I grab a table at the pub’s mezzanine, November ’21, to down a few pints on a brisk Sunday. 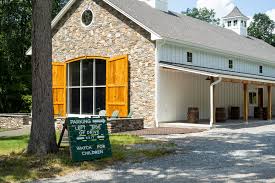