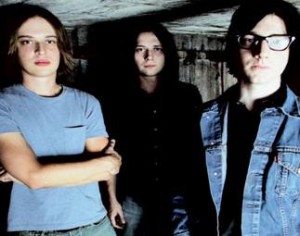 Liberated by the idea to create original music while shrewdly cognizant of the predetermined mandate forcing exceptional artists to reckon with scanty left of the dial airplay as compliant pabulum-puking mainstream vipers saturate commercial radio, many disparate independent-minded neophytes still continually seek such limited, yet reassuringly meritorious, exposure. One of the best purveyors of energetic ‘60s-related garage rock, alongside Mooney Suzuki, Reigning Sound, Von Bondies, and the Dirtbombs, Cincinnati-based combo, the Greenhornes, got together some time in ’96 under similarly confounding circumstances. But thankfully, as lissome bands such as the Hives and Franz Ferdinand break beyond the constrictive boundaries of leveraged college stations and make waves on satellite radio and MTV2, numerous lesser-known talents may have larger access to broad-based audiences.

In ’99, the Greenhornes debut, Gun For You, gave the gritty combo early exposure with its raw, stripped down barroom stomps. Soon, Telstar Records, a terrific Hoboken boutique label with a solid reputation (run by Maxwells’ booking agent/ supervisor Todd Abramson), signed the youthful lads. But it wasn’t the Seeds, Vagrants, Castaways, Count Five, or any specific Nuggets–related ‘60s artist that got drummer Patrick Keeler into rock’s archaic cellar-bound minimalism, but instead, heavy metal thunder.

“The first concert I saw was Deep Purple,” the reticent timekeeper from St. Leon, Indiana, “twenty minutes outside of Cincinnati,” recalls. “That made me want to get into music. My parents had lots of records and my dad’s brother was a drummer. That started it. I took music lessons early on.”

Comparisons to post-Beatles touchstones the Sonics and Thirteenth Floor Elevators notwithstanding, the Greenhornes initial self-titled ’00 Telstar entrée caught on nationally in club land, led by the brilliant primal rock authenticity of exhilarating opener “Can’t Stand It.” Evoking the Animals R & B groove on “Shadow Of Grief,” and the Doors cryptic dirges as well on “Stay Away Girl,” the formative coterie, then a quintet, also delivered a blistering rendition of Spencer Davis Group’s “High Time Baby,” arguably the set’s rousing highlight. Yet despite its crude exuberance, the balance of the album doesn’t maintain the same anxiety level or retain the sweaty excitement their thrilling live shows do. 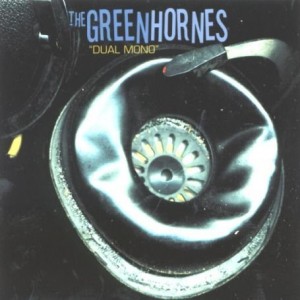 “We’re now working as a three-piece, so the sound itself has changed because of that amongst all the production,” Keeler insists. “There was different space in between the instruments. Everything breathes a little more and you play differently to accommodate that space and lack of rhythm guitar or organ not being there full time.” 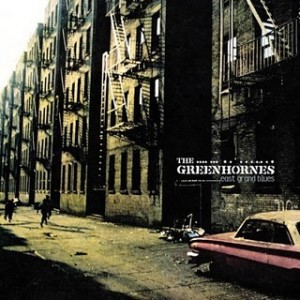 “I think the songs flow together well. It started as a full length but Brendan got busy when it was ready to come out,” Keeler explains.” We didn’t know what we were gonna do with the songs, but then we were asked to do this White Stripes tour. So we put it out to get some exposure. We liked the way it sounded so it felt right.”

Keeler shares, “It was amazing working with her. The call came from Jack White for us to come down to Nashville. It was a surprise – a good one at that. She was so nice and writes great songs. She had worked with some real experienced people. It was an honor and kind of nerve wracking. But she made us feel comfortable. She’s just amazing to watch.”

Now comes word that Keeler and Lawrence will support Jack White and Brendan Benson on a forthcoming collaborative album being credited to the Raconteurs. Keeler agrees the new tunes will mix the White Stripes blues-y scrum, Benson’s pop smarts, and the Greenhornes own scruffy garage influences.

“It’s coming along good. Our touring schedules are busy, so we’re just trying to find time to get together. Brendan and Jack are co-writing the songs, Keeler quips.

On top of all these current activities, the puissant twosome may record with the Yeah Yeah Yeahs trash-fashioned punk-chic singer Karen O.

“We talked about some stuff. We’re not sure exactly what we’re gonna do,” Keeler laughs. “It’s speculation and rumor right now. But I hope it works out.”

Fox, meanwhile, has been occupied composing new Greenhornes tunes while the rhythm section toils in divergent outside projects. Hopefully, they’ll work with Benson again, perhaps with confidante John Curly engineering, in the more familiar surroundings of Ultrasuede Studio. In the meantime, they’re trying out new songs on the road.

“We’ve done ten shows so far with the White Stripes. They’ve been great. We just did Denver’s Red Rocks. We got our first warm up standing ovation,” Keeler proudly declares. “Watching Jack and Meg out there is like experiencing organized chaos. Brendan came out one night to back them in L.A. But they’ve really got it down as a duo.”

In conclusion, he says, “Our goal is to make a record we want to listen to again and again. Songs come different ways. Craig plays with his 4-track and jams around during down time. At practice, songs could come in any direction. We might even play Ren & Stempy-like Jazz.”