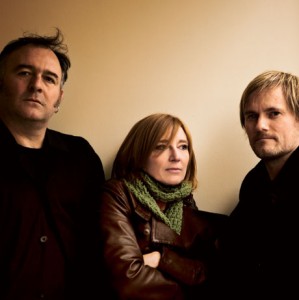 FOREWORD: Portishead are the pride of Bristol, England. A fascinatingly consistent ambient lounge-pop combo led by strident soprano starlet, Beth Gibbons, they were at the epicenter of the mid-‘90s trip-hop explosion alongside Tricky and Massive Attack.

Though I never got to speak to Portishead talking head, Beth Gibbons, I did manage to sneak in a one-hour phoner with multi-instrumentalist producer Adrian Utley to promote Portishead’s well-received self-titled second LP. After an eleven-year layoff (to pursue other projects), Portishead returned stronger than ever on ‘08s brilliantly realized Third. This article originally appeared in Cover magazine.

Between recordings, Bristol-based Portishead filmed their first live appearance since ’95, auspiciously accompanying themselves with a 30-piece orchestra at Manhattan’s spacious Roseland Ballroom. In ’96, the band appeared in and composed the soundtrack for the black and white short film, To Kill A Dead Man. 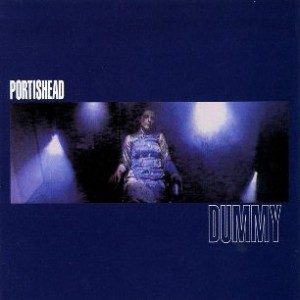 A year earlier, Dummy received the prestigious Mercury Music Prize, awarded by British critics to the most accomplished album of the year. Struggling to attain a higher standard and stay one step ahead of the broadening ambient trip-hop movement, Portishead spent two years refining its idiosyncratic sound.

Since they shared a common interest in hip-hop culture, Portishead programmer-keyboardist Geoff Barrow brought in seasoned multi-instrumentalist Adrian Utley. After the sessions for the second album were finished, they allowed Utley, a self-taught musician, to come aboard as a full time member. A Jazz enthusiast influenced by hard-ass rappers, Public Enemy, Utley had roamed England playing for many undistinguished bands during the ‘80s before meeting Barrow in a local recording studio.

The rest, as they say, is history.

Give me a short synopsis about the new self-titled disc. 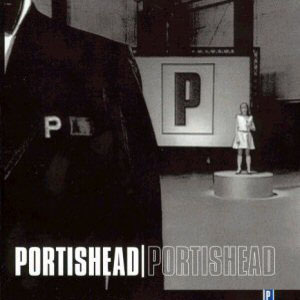 ADRIAN: We approached this album as a thematic work. It’s important to us that the new album works as a whole. We gathered a bunch of songs and looked at areas where we could make the entirety connect. It took us just over two years to do this album. We changed our working methods. We no longer sample anybody else. But we got a bit lost and it took about a year to get anything substantial done. Geoff, Dave, and I were busy making our own loops. Then, our drummer, Clive Deamer, would come in and play. But it took us ages. It was an unwieldy way of working. We would get an idea for an eight bar segment and we’d work on a multi-track to make all the samples fit. This oversimplifies it, but we’d take beats, bass lines, verses, and chorus sections and then sample it and see if we could manipulate it. When we moved out of our own studio and into a residential studio, we mutually started writing. But we don’t discuss lyrical content with Beth. She’s in her own little world. We usually send backing tracks to Beth and she writes verses and choruses and molds it together.

The moodily stark lyrics Beth Gibbons provides for the second album provide a dramatically surrealistic sense of longing and despair only hinted at on Dummy.

ADRIAN: Some critics think both albums sound the same, but that’s completely untrue. Our feelings of being frustrated and not believing in ourselves anymore for awhile made us nearly lose our way on this album. The light nearly went out. I think you could hear that frustration coming through. We wanted to change what we were doing because we were hearing a lot of sounds that we had previously made on TV ads. We felt we needed a change. The sounds we made we cannot totally abandon, so it was difficult to overcome that. The frustration, anger, and bleakness in what we are doing now comes through on record.

Which guitarists intrigued you as a teen?

ADRIAN: When I went to school, I wanted to play guitar like Jimi Hendrix. His Axis: Bold As Love was massive for me when I was thirteen. It was a very exciting album. In fact, it was the only album I owned for years. I was given it while I was living in the country. My dad was into Jazz and he had some pretty hip records. I first heard someone using a wah-wah pedal at school while I only had an acoustic guitar. To hear that kind of talking sound coming from a guitar was truly unbelievable. So the guitar was really my destiny. Though know I also play other instruments. I went to art school, didn’t like it, and got involved in a band. I toured England with a few bands and learned my craft. In England, we have ex-World War II army camps that were turned into holiday camps where poor people paid a small amount of money and everything is theirs. In the summer, there’d be dance bands. It was brilliant. I learned how to read music and I earned a living. We made terrible, appalling music. Then, I went around playing with soul bands and Jazz musicians I truly admired. I got to play with Big John Pattin, the American organist. But with Jazz, nobody knew who these important musicians were even though they spent their whole lives doing it.

ADRIAN: Yes. Absolutely. Their completely dedicated and diminutive. And they remain unknown – like Hank Mobley, a brilliant tenor sax player for Blue Note who died completely broke, with no money. So I did Jazz for ten years and studied hard. I had enough of that because you lose everything you own and are unappreciated. It’s intense. Nine gigs out of ten would be terrible because improvised music could go both ways. So I had enough of that. Luckily, I was always interested in all kinds of music. And I loved synthesizers. But it was Public Enemy’s It Takes A Nation Of Millions To Hold Us Back that really turned my head and made me want to do something else. I still travel with that album and A Tribe Called Quest’s Low End Theory. These albums made me look elsewhere.

Is that when you hooked up with Geoff Barrow?

ADRIAN: I first met Geoff in a studio. I was making a recording and he was making tea and just starting out. He was only eighteen at the time. There was a huge age gap between us but we both liked hip-hop. He knew loads about hip-hop culture and we began talking. It was a new world for me. Then I didn’t see him for a year because he went off to London to work. But we both moved into the same pre-production studio and I was getting into the beats. So we just started working together.

Do you enjoy bands like Morcheeba, Babyfox, Sneaker Pimps, and Hooverphonic? They’ve all been influenced by Portishead’s newfound trip-hop.

ADRIAN: No. I haven’t really listened to them. And that word trip-hop I don’t feel comfortable being associated with. When we first started, I think a British newspaper coined that term. As we remember it originally, it referred to instrumental hip-hop. It was just ambient beats with noise layered over the top, like the Mo Wax recording artists. We never felt related to that because it was the songs that were always at the root of our muse. So we felt uncomfortable being associated with it. Ultimately, catalogs don’t really matter in music. Blues is Blues and Jazz is Jazz. I think the press is starting to call us Goth-pop now.

Portishead’s music has always been truly unique and iconoclastic. When you started out, did each member feel unified in the direction the music went on the debut?

ADRIAN: We were working on a buzz and busting to do something original. And it was all these influences coming together. Geoff, Dave, and Beth laid the groundwork by getting a record deal. We were happy to get together. There was no stress on us. We thought we’d make a record and have enough money to make another. It was a good creative time for us. We never thought it would sell as many records as it did.