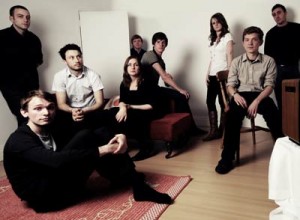 Taking their sloganeering moniker from a satirical ‘60s British newsreel hosted by David Frost (who was recently popularized in acclaimed Frost-Nixon movie), The Week That Was is the outstanding offshoot project of Field Music co-founder Peter Brewis. A former drummer in quirky indie-pop enthusiasts, the Futureheads, the 31-year-old Sunderland native grew up just outside England’s historic harbored metropolis, Newcastle, listening to his parents’ Beatles, Stones, Zeppelin, Police, and Peter Gabriel albums as an impressionable youngster.

As the sole musical architecture of The Week That Was, Brewis has created an episodic orchestral suite in which he appropriates Stravinsky’s thematic classical provocations, Van Dyke Parks’ skewed pop idiosyncrasies, and Left Banke’s oblique psychedelic tranquility. Making what may be deemed ‘magical outsider art,’ he has moved beyond ma and pa’s efficient album collection and away from Field Music’s somewhat rockier guitar-based purges with The Week That Was. Darkly illuminating piano embellishments, eloquently detailed violin and cello anesthetics, plus recurring Oriental-styled gamelan and marimba ornamentation secure Brewis’ resourceful dramatic musings.

“There are many variations upon the melancholy theme,” the cautiously conferring Brewis submits. “All of the songs are about missing certain things, whether it be people or things you’re used to, like voices on the radio and t.v. The songs imagine if a certain thing wasn’t there. I try to put myself into different frames of mind like I’m a character – which I don’t do in Field Music.”

Auspiciously, Field Music remains an ongoing priority partnering Brewis with his brother, David (currently promoting stripped down ‘freak pop’ combo, School Of Language), and school pal Andrew Moore (keyboards), but has been left to simmer while each brother concentrates on separate endeavors. The amicable trio’s eponymous ’05 debut and its improved ’07 Towns On Town follow-up camouflaged deceptive cheerfulness with substantive grief, using intricate pop constructions to get aggrieved messages across.

“On our first Field Music album, I guess we tried to figure out a way of creating language for ourselves through the music we knew and experimented with,” Brewis presumes. “It has a dry, clinical sound, but was quite nice in a nostalgic way. The second has a more luscious sound. It was done democratically and was concise in a non-conventional way. Then, when Dave and I wanted to do something outside of Field Music, I started The Week That Was.” 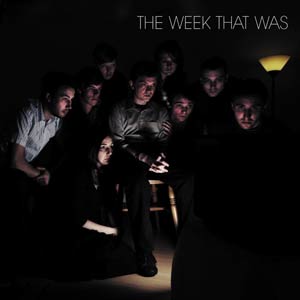 Using a laptop as a compositional tool to arrange songs, Brewis began navigating through material selected for his succinct one-off undertaking. On the resulting self-titled The Week That Was entree, he drapes debonair baritone sweetness atop duskily contemplative abstractions, fashioning an ambitiously symphonic allegory. On the album’s proverbial ‘stress track,’ an old school ‘50s-dated black-and-white video affixes itself to the sweeping Industrial-bound marimba-imbued bass-drummed gauntlet, “Learn To Learn.”

Brewis contends, “Sonically, that was meant to be placed in the past. I wanted a big feel for the “Learn To Learn” video. There were some free black-and-white videos that fit the idea of a very domineering classroom feel. Like one grade school teacher told me, ‘You’ll be taught how to learn and it’ll be what the teachers decide.’”

“I enjoy things that are harmonically different – not always major and minor chords. Duke Ellington provides nice fertile ground to get ideas from. I can’t play his hot tempo stuff. It’s too difficult. But Ellington stole from Orientalism and that may have some bearing on the album,” Brewis explains before adding, “I don’t listen to much contemporary music. But the album’s I do like have a certain flow, sometimes narrative, unlike John Coltrane improvisations.”

He also admits that a ripened absurdist Brooklyn-based novelist proved to be a valuable source of inspiration for the expressive versifying drafted onto the indelible The Week That Was.

“I wrote lyrics when I was reading Paul Auster books. I probably appropriated some catch-phrases from his mystery crime fiction.”

Despite being unable to furnish a string section for US touring, Brewis should feel safe as home with his brother and two chummy bass-drum cohorts lending a hand. He claims they’ve responded superbly, giving a wider dynamic muscularity to each and every tune.

“My brother did the most to help. He’s the only person left in the band (from the original studio sessions). It was a totalitarian record,” Brewis laughingly quips. “On tour we’ll bring a basic quartet. Two other friends who have helped us out for fives months and toured Europe are coming to the States. That will close the chapter on The Week That Was. It was an intense record, lots of pressure.” He then jokingly concedes, “I wanna be in a democracy again.”

As for his upcoming Mercury Lounge show in New York, March 9th, Brewis says, “We did a gig as Field Music there in the recent past. I’m gonna play The Week That Was in its entirety and then probably a few other songs. We don’t want to overstay our welcome so we’ll do 30-minutes.”