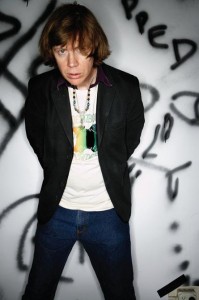 FOREWORD: Iconic Sonic Youth guitarist, Thurston Moore, gave me a tremendous overview of his sagacious noise-rock outfit in ’07. He was supporting solo project, Trees Outside The Academy, with a one-off gig with his Ecstatic Peace compatriots MV & EE with the Golden Road, Tall Firs, and Religious Knives. This article originally appeared in Aquarian Weekly. 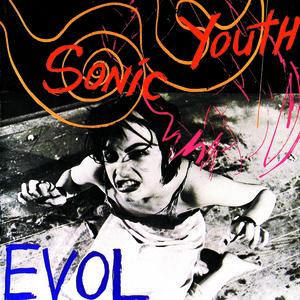 Moore explained the magical happenstance that brought Sonic Youth together in thorough discourse.

“In 1980, living downtown, everyone knew each other. It was more of a small town vibe. The no wave scene centered around Max’s Kansas City, CBGB’s, the Mudd Club. Then, bigger places like Hurrah, Danceteria, and Peppermint Lounge started hopping. Kim and I were there. I met Lee because he played in a band I was in earlier. At that time, I was in the Coachmen and he was in Flux. We played CB’s audition night together, had a similar vibe, and kept an eye on each other. I noticed him in (discordant freeform mentor) Glenn Branca’s band. He was a very interesting guitar experimentalist I knew peripherally. Glenn had put an ad in Soho Weekly for a guitarist. I didn’t get the job, but Kim knew him. She said Glenn wanted to rein me in ‘cause I was too wild. Lee didn’t join us then. We had another girl doing keyboards and used Dave Keay, the Coachmen drummer.”

“Our keyboardist decided not to play, so East Village kid, Richard Edson, whom we found on recommendation, joined. He was acting in Jim Jarmusch’s film, Stranger Than Paradise. We got another gallery gig and asked Lee, who was our age and doing similar music, to join.” Moore adds, “The name Sonic Youth had no cache at the start. Ed left so we picked up drummer Bob Bert (future Chrome Cranks/ Knoxville Girls/ International Shades consort). He was critical. He answered a flyer I’d put up all over town. We hired him on the spot. He was our Jersey connection and played with a few Maxwells acquaintances. We were touring quite a bit through Europe. He tired of it and probably wanted to change direction anyway. Then, Pussy Galore came to Hoboken from DC and he joined them, providing clattering drums and a radiator. I was going to CBGB’s hardcore matinee shows and Steve Shelley (entered the fold). He was in Lansing, Michigan’s hardcore band, Crucifucks, a radicalized unit with an older singer who had absurdist lyrics like ‘Hinckley had a vision,’ ‘Democracy spawns bad taste,’ and “Cops For Fertilizer.” I bought the Crucifucks demo tape from the back of Maximum Rock And Roll and he wrote me. He was also in very good avant-garde troupe, Strange Fruit. He was gonna leave Crucifucks for San Francisco, but took my advise and headed for New York.”

“Kim and I went to see Anton Corbijn’s Joy Division film, Control, and she was remarking how it’s the first rock biopic that ‘gets’ what it’s like being in a band,” he shares. “It’s very sublime. There’s no drug exploitation and bad rock and roll behavior – it’s there, but not focused upon.” 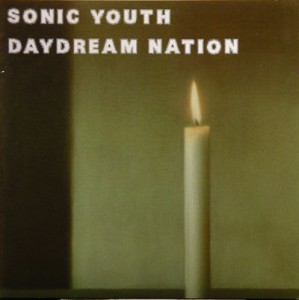 “By Experimental Jet Set, we’d stepped away from the heavioisity, went against the grain, and got inspired by interestingly introspective contemporary music by Lou Barlow (Sebadoh), Pavement, and Royal Trux. That was more important to us than what was being championed with the success of indie rockers getting into Nirvana,” Moore admits. “Afterwards, one major change was Kim focusing more on guitar than bass. Beforehand, she was playing bass almost exclusively. We became a three-guitar-and-drum band for a few albums and tours. The only low end for awhile came from the knick drum. That was bizarre and cool.”

“We became a five-piece with Jim. It was a gradual progression. We felt Sonic Youth was so idiosyncratic it’d be difficult to incorporate anyone into the band. Jim had a good read as to what we were doing aesthetically without selling his own goals out. He interacted with us in a real interesting way,” Moore claims before recalling the tragic circumstances affecting their next project. “After 9-11, the Murray Street neighborhood we worked at got blasted. We needed special passes from the city to get down there. It was off-limits to the public. That atmosphere made Murray Street both sentimental and direct. We took after rock history and named an album after its environs, like Abbey Road or Folsom Street. Much was inspired by Italian photographer Stefano Giovannini’s picture of the corner street sign, which withstood the shock of the blast. You could see dust on top of this beautiful sign.”

“That record was the most successful as far as fitting lots of noise to pop structures without separation. The material was unified and couldn’t be dissected so much. We were trying to blur the boundaries using extreme elements with more traditional ones,” says Moore.

“I’d like to think Rather Ripped is as good as anything on rock radio – which has become decrepit,” gripes Moore. “There’s some cool college stations and I review records for Arthur magazine and gets lots of promos. But I’ll buy records. I like mostly avant-garde stuff and Kim’s been listening to Norwegian death metal lately. Finding time to listen is difficult, but I like the fact there’s so much good stuff out there.”

Concerning similarities and variances to his main band, Moore infers, “I feel freer. As far as lyrics go, they’re not shared enterprises. I’m sensitive that Sonic Youth’s a democratic vision. So there’s a different vibe. Psychic Hearts was ‘first thought-best thought’ and was done in two days. Trees is completely different. Instead of a second guitar, there’s violin. I’m a different person in a different world informed by rural Massachusetts instead of New York. “Honest James” and “American Coffin” are influenced by the culture of tragedy in America. We’re dealing with the conflict to do the right thing while war looms. War’s always informative for every artist unless they ignore it and hope it goes away. You try to rise above and write intellectually from that perspective. But I don’t have any conscientious ideas when I’m writing. It’s ‘of the time.’ Lyrics play with language. I always loved Blue Oyster Cult’s “experiments that failed.” That was a great line. They had a mystical scientist vibe going through songs. I always reference Tyranny & Mutation as a heavy document in my life. I’ve wanted to do a cover of their “Career Of Evil.” In Sonic Youth, I usually transpose songs from acoustic to electric. I didn’t make that move on Trees and that gave it a distinctive sound. Playing live, I’ll do a handful of songs on electric guitar.”

Trees Outside The Academy maintains a trebly tone due to the quiet ambience and echoing open space at old friend (and Dinosaur Jr. mastermind) J. Mascis’s Bisquetten Studio, located beside Paradise Pond across from Smith College in bucolic Amherst. Moore dabbled with calling the album Zero Hour, but let that slide. Serendipitous straight-up love trinket, “Fri/end,” shows appreciation for the married life, the striking instrumental title cut hearkens back to classic Pete Townshend a la Tommy, and skittishly bittersweet sanctuary “Off Work” burrows into the mind’s recessive nooks. Just keep an eye out for the disgruntled ‘language meanies’ infiltrating “Wonderful Witches.”

Moore elucidates, “The language poets of St. Mark’s Poetry Center came onto the scene with an academic take on poetic verse. What preceded them – Frank O’Hara and Allen Ginsberg – was a more confessional style celebrated by Ted Berrigan, the big man on campus at St. Mark’s. But academic nerds came in with ideas of how poems don’t need narrative sense. It was about how words looked on the line. It’s an interesting approach I’m respectful of. But Berrigan, back in the day, talked about the influx of language poets and said, ‘Watch out for those cold-hearted language meanies.’ He thought they were tight asses with shirts buttoned up to the neck. And he was a bearded cigarette-smoking hamburger-munching free soul.”

When asked whom he hates more, elitist avant-garde snobs or anti-intellectual pop stars, Moore laughs, then answers, “I love ‘em both equally. I have a soft spot for pretentious intellectuals. But if they become totally insufferable I run the other way. I’ll call their bluff. If they put on airs of superiority, I’ll take them to task. That’s when you steal their hubcaps. Money’s the great equalizer.”

Should Sonic Youth be considered for the Rock & Roll Hall Of Fame alongside pioneering ‘80s groups the Minutemen, Replacements, and Black Flag? Or will the powers-that-be skip these true innovators and only give props to better-received contemporaries U2 and REM?

Moore insists, “There’s a committee the industry lobbies. Our management has talked about being considered. But you have to start six to eight years before consideration is granted. As a contemporary working band… I mean, is (cross-grained funk-soul legend) Bobby Byrd in. Probably not. But Madonna’s in.”

In springtime ’08, a pictorial essay venerating the late ‘70s no wave scene, rigidly edited by Moore and journalist Byron Coley, will see the light of day. Only the true architects of no wave will be featured: MARS, D.N.A., Lydia Lunch, James Chance, and Teenage Jesus & the Jerks. Moore felt he had the obligatory authority to unleash such a vital collection since he lived through the entire scene and witnessed firsthand the oft-times unheralded originators involved. 98% of the snapshots are said to have been unpublished.

Moore defends the corporate-sponsored accord by asserting, “Tower Records went bankrupt. Places to buy recordings are drying up. Starbuck’s loved the idea. But we needed to give them one exclusive song, so we did a real outsider tune. We had a photo of a young yuppie businessman wearing IPOD headphones slouched back looking out the window. We also had pictures they’d never consent to use. A college kid slumped over sleeping on a Starbuck’s table with homework. A homeless guy slumped on a chair with Starbuck’s cups at his feet.”

It appears obvious Sonic Youth would appeal more to the slumbering university student and the down-and-out vagrant drifter than the typical slick Starbuck’s customer, but don’t underestimate the enormous impact they’ve already had on business professionals. Aren’t they the ones who initially bought Nirvana’s Nevermind when they were young over a decade ago?