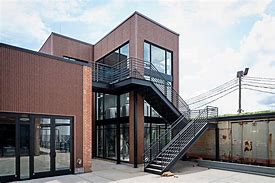 Inside, the immaculate pub features an elongated tile-sided 12-plus draught bar servicing the cement floored benches and barrel top tables. A rooftop deck (with full bar) allows for more seating.

The first-floored overhead doors lead to the outside deck where my wife and I (with dog, Roscoe) down eight enjoyable tapped offerings (including three lagers, three Imperial IPA’s, an oated cream IPA and a barrel-aged stout) on a rainy Friday evening, May ’22. 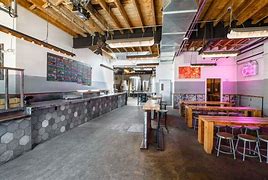