More endearingly heartfelt and nearly as challenging, ‘03s Sumday retained Grandaddy’s spellbinding warmth. “El Caminos In The West” should’ve been the great mainstream radio crossover but had to settle for being one of the catchiest tunes ever about traveling far away from home. Another contagious electro-rock dreamscape, “Stray Dog And The Chocolate Shake,” maintained an infectious uplifting glimmer. Lytle’s introspective misanthropic sensitivity reaches a zenith on resoundingly eloquent “The Group Who Couldn’t Say.”

But uncertainties surrounding Grandaddy’s reflective final album, Just Like The Fambly Cat, led Lytle, a self-described “diehard realist,” to wonder if his best ideas were running out. Contemplating whether or not he was in a holding pattern, Lytle moved to expansive northwest hideout, Montana, and struck out on his own with ’09s restorative Yours Truly, The Commuter.

Does the solo album feel like a reprisal following the demise of Grandaddy?
JASON: Grandaddy had a good thing going – label money to spend. We had good ideas but the label essentially ran out of money and eventually we ran out of steam on a number of levels. There were no reserves and I felt it was time to pack it in and start a new chapter. I had my first ultra-bout of exhaustion with ‘02s Concrete Dunes. We had a run-in with a smaller label and that got released without our consent. For every record sold, he got money. Once we got on tour and made Sumday, I was worn down. Just enough time went by for him to put that out with no approval. I never saw artwork or small minutiae. People liked it even though it was a bummer I had no extra input.

I thought Sumday may’ve contained your best low key abstractions and had more of a thematic flow than Sophtware Slump.

The closer I got to finishing Sumday, the more I felt I was sealing my own fate. I was afraid to hand it off because once that happens the whole program starts again and the treadmill fires up. There was pressure following up Sophtware Slump. I retreated the only way I knew how, going inward and making simpler, cleaner, more concise songs. My being addicted to an album having balance – I tried to branch out but felt tired during the recording process. To make it seem enjoyable, I made it heartfelt. I found myself digging deeper than if it was a lighthearted, fun process.

The alpine artwork for Sophtware Slump seemed to prefigure your move to Big Sky Country a few years hence.

If anything, that’s just fate, proving where my head was at. Even in California, I’d spend free time in mountains or open spaces. It’s a clearinghouse process of getting my head right. I knew then I’d be surrounded by scenic wilderness. I believe Sophtware Slump’s art was taken from a big coffee table book which, coincidentally, features Montana’s Glacier Park. That was a happy accident.

The solo debut alludes to a new beginning.

That played a part but I wasn’t trying to be too exact about references. If anything, it’s nice to have something valid to write about. You’re not just pouring out cliches. If I’m lucky, something will resonate for a long time. That means I’ll be able to sing the songs for years to come. It’ll mean a lot to me. I won’t feel full of shit wasting peoples’ time. My downtime’s pretty quality. I’m able to reflect and figure things out. I could deal with everyday stuff, people, and business for awhile and then I shutdown. Proximity-wise, I’m now ten minutes from being in the middle of nowhere. It’s a good way to recharge, reenergize. In Modesto, downtime wasn’t productive or healthy. I was bummed, depressed, and tried stifling that.

I love primitive on-the-cusp recordings that seemed on the verge of something exciting. People were fascinated by what came out of their speakers back then. Innocently, they were messing around with sounds. I like getting to the point where I lose myself in the studio. That prods me along when I’m failing to find interest.

Just smoke a joint to get motivated.

(laughter) I’ve got wine stains on my console. I’m not a big pot smoker. It makes me hide in the corner paranoid.

I felt comforted you didn’t take any left turns away from Grandaddy’s gossamer tone.

For a hot minute, I was considering going all over the map. But I reeled it in since it was my only opportunity to make a solo debut. My compromise was to make it well-balanced. The second’s gonna be a complete mess. (laughter) I consider this one a nice compromise of concise songs and instrumental bits. The next will be a little more lopsided. My career had become imbalanced in a bad way. Everyone was reasonably concerned about money. Keeping the machine going was suffering because the cart was ahead of the horse. The cart was a bunch of shit I had to dump and I had to get a new horse.

Was “It’s The Weekend” written on an emotional high. Its zooming arena rock guitars and ‘80s synthesizers really soar.

I’m still confused by that song. I called a few people to offer apologies. I had to fit it somewhere. I remember being on a backcountry hike with an annoying melody in my head and the chord progression. All I could equate with the feeling was how stoked and happy you were as a kid when morning cartoons came on and there were endless possibilities for the weekend.

Grandaddy’s been graciously called America’s version of Radiohead much the same way the Byrds were considered America’s Beatles in the ‘60s.

I wish there was more Pavement in what they do. Thom Yorke’s too damn dark and serious. No humor. But in terms of what they did with OK Computer, this new era of experimentalism mixing trash with elegance and making use of multi-tracking turned things on its ears. I was only half a fan before. When that came out, I was like, ‘Thank you.’ Afterwards, my fan-dom petered out. I tend to forget what a huge Cars fan I was coming out of that Classic/ prog-rock phase of too-long songs. The Cars were tight, well-produced, and blended synths, guitars, and big Roy Thomas Baker drums with purposely confusing lyrics that impacted me alongside heavily produced new wavers A Flock Of Seagulls, The Cure, and Depeche Mode. Then, the Pixies came around and screwed things up in a good way. I realized there was this experimental punk energy blended with slightly more orchestral arrangements that were just wrong enough. I also had brothers and sisters subconsciously pumping the Beatles, Beach Boys, and Pink Floyd into my head via headphones as a child. 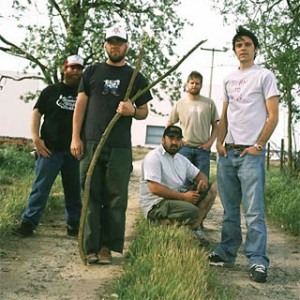