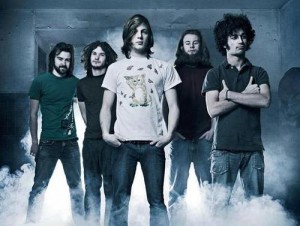 FOREWORD: Got to speak with mushroom-headed metal-edged Protest The Hero composer-bassist, Arif Mirabdolbaghi, during late ’07. He only had ten minutes to speak over the phone before a show, but he set me straight about his bands’ bohemian ways. This article was refined and reedited for HighTimes.