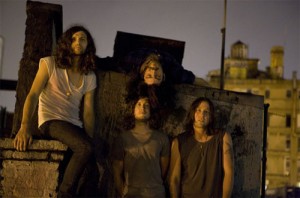 Presumably on a whim, singer-guitarist TK Webb came to New York City looking for exposure. But whether the Kansas City, Missouri, native really landed in the Big Apple due to “lack of a better idea” or just because he sought to be a part of its vital music scene could be debated. What is known is the promising Midwesterner originally performed solo acoustic sets at small Brooklyn lofts but soon found himself “surrounded by bland half-baked folk acts.”

Shortly thereafter, the burgeoning Webb threw together some initial four-track demos for someone working at Vice Magazine who failed to launch the record label she intended to inaugurate. Those inauspicious tracks were then assembled as The Ungodly Hours, a self-released debut that’d lead to the two-tracked-to-one-inch-tape sessions for KCK, a forlorn homage to Kansas City, Kansas, done in a proper studio over a long weekend. Signed to ambitious boutique label, The Social Registry, Webb would go on to sell a few thousand copies of KCK to loyal followers.

Exploring the options of working with a fulltime band, Webb drafted Blood On The Wall vocalist-bassist Courtney Shanks and keyboardist Jared Eggers for his next undertaking, ‘07s Phantom Parade, receiving critical praise for its drowsy stoner Blues mantras. 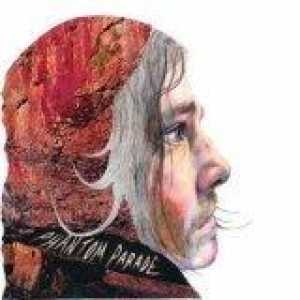 Given a chance to constructively collaborate, Webb quickly blew off his one-man band days when finding the right audience wasn’t always easy to locate. Though desolate and less dynamic than his forthcoming project with a stable group of musicians, Phantom Parade found the young troubadour plying formative folk-rooted inspiration to ten originals. Webb had inherited many traditional Delta Blues recordings during his late teens and these historic documents greatly inform his six-string technique.

He admits, “Stuff like that struck close to the bone. As a guitar player, I thought I could naturally play the Blues, which isn’t really that normal for a weird white kid from the suburbs, but…”

Many of Phantom Parade’s best moments rely on the coffeehouse folk inflections of veteran outré stylists such as cigarette-stained baritone John Prine and warbled crooner Tom Waits. Then again, the ponderous dual guitar clang of “Which Witch” replicates early Velvet Underground via “Heroin.” In the same ‘vain,’ the slower “You Got Faded” tones down the VU beat and relies on a single honey-dripped guitar figure for a hazier narcotic trip. Webb eventually breaks out a harmonica to give a proper archaic feel to the train-whistled Depression Era Blues redux, “Wet Eye’d Morn.”

True, Webb’s primordial indoctrination to the Blues affects the majority of his compositional undertakings. But he didn’t quite come out of the cradle singing gritty Leadbelly standards or faithful Jordanaires spirituals. Though his mother listened to Elvis Presley and Gospel, he spurned those lofty musical beacons as an impressionable pre-teen.

“At the time, I thought that shit was hideous. Obviously, that’s not how I feel about it now.” He continues, “Then, my big brother gave me a bunch of Led Zeppelin tapes and we pilfered this Hammer Of The Gods Zeppelin story from my buddy’s weird junkie sister. I could barley read at age nine. But that shit was rad. I started playing guitar with neighborhood kids.”

Coming back even stronger on ‘08s Ancestor, and supplanted with his first fulltime band, TK Webb & The Visions upped the energy level, tightened the crisply rendered arrangements, and forged a well designed cryptic model. 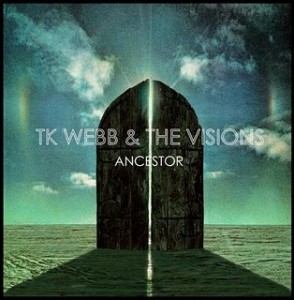 “Well. The band happened because someone asked to be in the band and I finally found the right dudes to work with,” Webb says. “It got really odious to be like ‘Oh cool man, we’re gonna play in this loft. You guys are fucking hippies.’ No. They’re not. They’re fucking zeros. Just because you can afford an acoustic guitar doesn’t mean you could make me listen to you play it. There weren’t a lot of options as far as different people to play with at the time. Hopefully, when I go out there we’re playing something a little more genuine that people could dig into.”

“That’s probably one of my favorite songs on the album, especially lyrically. It doesn’t really tell a story. But it’s a mixed bag of shit,” Webb offers without going too deep. “It’s about the shit I think of when I wake up in the morning.”

He suggests, “That’s a complaining song, like, ‘Oh God. Get me out of here. I have to do this again today!’ Especially in New York City, you might feel like someone hit you with a car. You’re chomping at the bit. It seems claustrophobic.”

An insomniac’s late night contusion, “Closed Caption Slang” could be mistaken for Drive-By Truckers’ gloomier exploits, as could the downtrodden “Hope You All Are Gone,” which forfeits its inceptive six-string uplift for an oncoming gray-clouded disenchantment consuming Webb’s otherwise sanguine utterance of ‘Don’t worry baby/ trouble won’t last forever.’

“There’s some gnarly stuff exposed,” Webb ascertains. “That’s what music’s for. So you could get feelings out of the way instead of yelling at some guy about it.”

Webb denies writing within a strict thematic framework for Ancestor, explaining, “It’s a group of songs. I always loved albums that came from a certain point where you could say, ‘Obviously this dude got freaked out within the matter of six months, wrote a bunch of songs, then got a snapshot of what took place and after a couple weeks of recording, it’s out there.’ Then, he’s onto his next divorce or whatever happens and makes the next record.”

Before leaving Webb backstage prior to his bands’ gratifying 45-minute set, he shares one final thought. “There’s great camaraderie within the Visions. It’s family styled. Our band isn’t ruled by me with an iron fist. These guys all have input. After years of feeling like I was beating the same dead horse, I just wanted to change. There’ll be plenty of time to play the Blues straight when I get old – God willing.”

I jokingly query, “You mean you don’t wanna die before you get old like The Who’s “My Generation” insisted?”

Webb counters, “No way. Fuck that!”