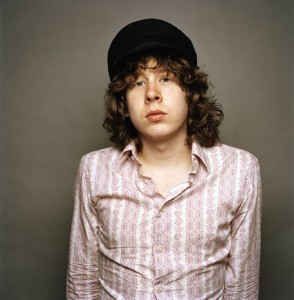 I got to do a phoner with Kweller in ’04, when he was promoting commendable live-in-the-studio album, On My Way. In ’06, he played all the instruments on a mellifluent self-titled disc. Then, he stepped into rural countrified territory for ‘09s divergent Changing Horses, utilizing pedal steel and dobro players. This article originally appeared in Aquarian Weekly.

Sometimes outrageous media hype and record company interference could destroy the aspirations of even the most resilient, talented young artists looking to ascend puerile teen idolatry. Happily, Ben Kweller overcame such early obstacles to become one of America’s most admired musicians.

On My Way’s rapturous opening declaration, “I Need You Back,” gets the proceedings going. Joyously begging for the adulation of an erstwhile love interest, its catchy repetitive chorus convincingly pleads for redemption. Just as marvelous is headstrong undulation, “The Rules,” an impulsive dual guitar blaster bristling with contagiously melodious sweeps, compact rhythmic implosions, and screaming lyrical exhortations compulsively similar to fellow solo male artist Ted Leo. Keeping up the hastening pace, “Down” builds to a frothy crescendo as Kweller determinedly bellows ‘when I’m in your arms/ nothing can bring me down’ at the top of his lungs. After the Dylanesque sentimental piano reflection, “Living Life,” the savagely snarled “Ann Disaster” takes a familiar ‘60s guitar riff along for an exasperated ride.

Were On My Way’s songs bouncing around in your head for awhile? They seem so fully developed.

B.K.: I had the songs finished, but I’d only show the guys tunes at soundcheck. We’d play it and it’d sound great but I quickly decided not to show them more new songs because I wanted to wait until we got in the studio. That’s why it sounds raw, live, and spontaneous. This new batch has faster tempos because that’s how they were written. They have a more driving beat.

Believe it or not, that didn’t take very long. I’m lucky to be playing with great musicians. Rock and roll is pretty easy if you’re a good enough musician and if you’re all on the same page. You can do crazy stuff. The hardest part to get was the slowed down changeover to the verse. The sped up part wasn’t that hard.

On the other hand, “My Apartment” is a simpler tinkled acoustic breakdown.

That’s one of the