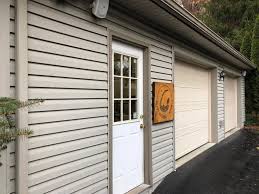 Inside a detached garage at a rural residential neighborhood on the outskirts of Bethlehem lies fledging Lehigh Valley nanobrewery CAVE BREWING COMPANY. Taking a temporary step back from its original 3,400 square-foot South Mall locale (opened November 2018), Cave decided to scale down in the interim due to the Covid-19 epidemic.

An “underground under radar” small batch brewery created by Jeff Bonner, Cave’s future success will be guaranteed thanks to its well-crafted (usually one-off) fare. Inside his crowded two-room garage, a respectable can-bottle collection surrounds the above-head shelving and a beautiful hand-crafted wood top serving station sits in the midst.

I got to try four Cave brews at home afterwards and all were rewarding. Though I missed Blind Eye Barleywine for now,  there was a hefeweizen, Imperial IPA, oatmeal stout and strong ale to enjoy during December ’20 football games two days hence.