On tap at Ambulance, one of the more adventurous English brown ale’s plies peat-sweet dewiness to Marris Otter-malted caramelized dried fruiting, staying sweeter than many dryer Anglo browns due to its crystal-sugared chocolate base, perhaps. 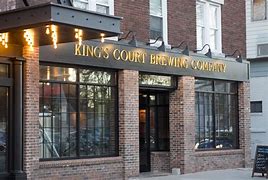