Dedicatedly detailed co-owners Mike and Kate Mc Allister got inspired to open their own small brewery during a honeymoon trip to Denver’s Great Ameircan Beer Fest. College friend, Seth Montz (a former military man) then joined the married couple (a cop and nurse) on their nostalgic zymurgic venture, niftily capturing the spirit of yore.

When the weather’s fare, there’s a roomy metal-furnished front deck with siding for extra seating. A small billiard-centered game room’s to the right upon entering and the brew tanks are behind the bar.

My wife and I chow some beer-cheesed pretzels while dabbling with a dozen dandy delectables early February, ’22.

Sojourning to Prism for a few after dinner libations, mid-July 2011, I got to encounter several approachable, yet totally experimental, craft brews. Entering through yellowed wood doors to a ten-seated L-shaped bar (with centered TV and nearby jukebox), this diminutive spot also had three wood tables and a glass-walled rear section storing brew tanks. A bottling line ready to be assembled downstairs will increase volume for this splendid neighborhood dig. 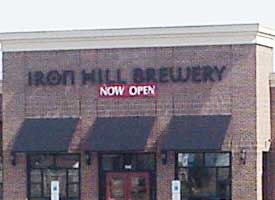