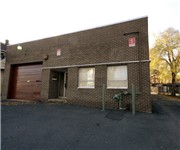 One of my coolest trips to a liquor store happened on a spring day in ’96 when I discovered CLIMAX BREWING COMPANY at Lodi’s Bottle King. This newfangled Jersey brewery sold their first brew, Extra Special Bitter, in half-gallon growlers at a time when the only similarly packaged fare came from Massachusetts-based Ipswich and Connecticut’s Olde Burnside. An earthen, citric-hopped, peat-malted moderation, this inaugural British-styled libation began the Garden State’s craft beer movement. And that fact can never be denied.

“I went to Corning Owens Brockway and asked them if it was possible to make amber jugs instead of the clear ones, which get light-stricken,” Hoffmann explains as we sit at the brewery sipping the just-readied Climax India Pale Ale. “I needed to protect my beer.”

For several years, Climax only sold growlers to the public. But their small bottling line soon made it easier to sell standard 12-ounce bottles to a wider audience who were used to purchasing trendier 6-packs. Starting as a 5-tank, 4-barrel operation, the central Jersey brew house now boasts a 15-barrel, 15-tank, stainless-steeled system.

“Growing up, my dad always had good German beer in the refrigerator, like Dinkelacker and Dab,” the entrepreneurial Hoffmann insists. “At age 18, my friends would be drinking piss water from Coors or Anheuser-Busch. Don’t forget – there were only 285 regional or national breweries at the time. 25 years back, Sierra Nevada was an obscure microbrewery gaining momentum. Anchor always made some interesting beers. I thought Tuborg Gold in the brown bottle was fantastic. Paulaner still makes good beer. But I also liked Watney’s Red Barrel, Welch beers from Felinfoel and Minnesota’s Rhino Chasers – they’re all gone now. I tried lots of different beers. That’s what inspired me to start brewing my own.”

As an interesting sidebar, Dave Hoffmann continues to split time brewing at the Gregorakis family’s highly respected Artisan’s Brewery & Italian Grill in Toms River. In fact, he’s the only Jersey brewer running both a successful microbrewery and brewpub.

Since Dave hurt his back in November, he temporarily brewed Artisan’s Winter Ale at Climax instead of onsite at Toms River. So he had to tie up an extra tank that fleetingly slowed down production. Nonetheless, the confident proprietor prepared properly for the oncoming Christmas rush by putting out mixed cases featuring Climax’s premier Extra Special Bitter, and other longstanding staples such as India Pale Ale, Nut Brown Ale and Golden Ale (an updated version of the former Cream Ale).

With a certain unwavering arrogance, reinforced by his all-knowing deep-throated bark, Dave will be the first one to tell you how damn good his beer is. But don’t expect many trend-setting ‘Big Beers’ to emulate from his Roselle Park digs, unless you include Climax Barleywine, a prospering annual celebrator with red-wined brandy, cognac and rosé overtones flourishing above candied apple, bruised orange, medicinal cherry and spiced rum illusions.

Utilizing a dedicated six-man crew presently, Climax continues to hold its ground despite a massive entourage of local Jersey breweries entering the open market recently. And they valiantly self-distribute all draught beers.

A few days after visiting Dave at Climax, we descend upon Barcade in Brooklyn, where Dave and Kurt will present co-owner Paul Kermizian with a delectable Bavarian Dark (a specialty beer made only for Barcade’s three locations). Its beguiling chocolate, cocoa and toffee flavors emanate from caramel-toasted Munich malts atop soft-hopped earthen peat dewiness. Recessive dried-fruited sherry and port notes affect the amiable mocha finish.

By 11 PM, I’m a little toasted and the Hoffmann’s are tired, so we exit Barcade and head back to Jersey. Dave’s talking up a storm while his dad complains about non-existent Manhattan-to-Holland Tunnel traffic. I’m comfortably numb in the front seat, passing out somewhere in Jersey on the way home. But hey, I got to hang out with two of my earliest favorite local zymurgists.