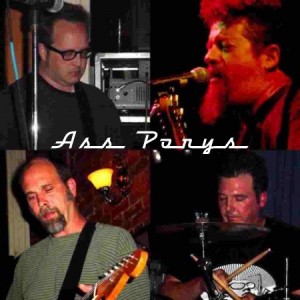 FOREWORD: Ass Ponys singer-guitarist, Chuck Cleaver (now co-fronting hard pop combo, Wussy), may not be a household name, but I dare you to find a straightforward rock band as consistently good as his equine-christened quartet. The Ass Ponys did get that pie-in-the-sky major label deal for ‘94s excellent Electric Rock Music and ‘96s sturdy The Known Universe, but aboveground airplay was not forthcoming so they returned with little fanfare to welcomed indie-dom. As for Cleaver, he’s a husky composer whose resourceful allegoric sketches enjoin basic melodic folk, rock, and country-blues arrangements. I saw the Ass Ponys play twice (Mercury Lounge and the defunct Brownies) before they unfortunately called it a day ‘round ‘05. But their tunes will live on just as long as anyone wants to pick up any of their ‘90s discs. On a few occasions, I’ve spoken to Cleaver about long-lost small label artists, since both of us have tremendous knowledge concerning Anglo-American music. I’ve also done a piece on his ensuing band, Wussy. This article originally appeared in Aquarian Weekly.

With clever metaphorical dalliance, Cleaver’s quivering nasal tenor spits out bizarre absurdities like ‘I wanna be the pilot of a kamikaze airplane’ (from the super-catchy “Butterfly”) plus ‘look beyond the dead end summer/ there’s a haze hanging over the town’ and ‘do I exist in the bottomless pit of your heart’ (from the fiddle-laden “Calendar Days”). The grim Day Of The Locust time warp, “Donald Sutherland,” torturously quips, ‘you could be the gun that blows out the back of my skull.’ 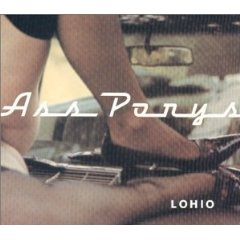 Signed to A & M Records following a few locally distributed records, the Ass Ponys released ‘94s eye-opening Electric Rock Music (featuring the novel mini-hit, “Little Bastard”) and ‘96s nearly as good The Known Universe. After getting dropped by A & M, they borrowed a dumbfounded line from Deep Purple’s classic “Smoke On The Water” for the title of the small-labeled Checkered Past re-entry, Some Stupid With A Flare Gun, then hit the studio a year later for ‘01s even better Lohio.

While fast food ode, “Only,” and disjointed swamp water country-Blues elegy, “Baby In Jar,” hearken back to acid-folk jug band, the Holy Modal Rounders, sweet acoustic fare such as the lonesome, “Dollar A Day,” and dirge-y “(Baby) I Love You (Baby),” bring to mind Neil Young’s more contemplative moments.

I spoke to Cleaver over the phone as he watched from his porch as a hell-bent northerly thunderstorm settled in.

Some of the Ass Ponys stranger material reminds me of the Holy Modal Rounders. Do you even know who they are?

CHUCK: Yeah. “Baby In A Jar’ is very much in that mode. I collected the ESP label for awhile. There’s stuff that makes the Holy Modal Rounders seem regular. There’s a band called the Godz. Then, there’s Erica Polmeranz, a mystical hippie with witchy sounding stuff. I think they re-released some of their stuff on CD. There’s an underground cartoonist, Gilbert Shelton, who came out of Texas. There’s actually a 45 on ESP with a picture sleeve by the Gilbert Shelton Ensemble that’s really hard to find. It’s absolutely terrible, but worth having. There’s some screwed-up Jazz by Albert Ayler. There was an ESP distributor in the late ‘60s, and that’s how I found most of the stuff.

So you collect a lot of obscure memorabilia.

CHUCK: I’ve collected records since I was thirteen years old. I mostly collect weird old stuff from a certain genre, like obscure ‘60s garage bands and surf-type instrumentals. I used to have a friend in L.A. who found me a lot of California stuff.

CHUCK: I like that. It’s a fairly ambiguous title. It juxtaposes low and high and up and down. There was a band called Lohio that changed their name, and I called them up to see if I could use their name. They said, ‘Sure.’

I thought the album might be loosely thematic. The opener, “Last Night It Snowed,” ends in dramatic orchestral fashion.

CHUCK: It moves in a thematic way. There’s a thread running through it, but I don’t know if it was intended. Our songs just come about. We never preconceive them or take a lot of time in the studio.

CHUCK: That’s basically about this guy that’s all talk and no action. He yaks and talks big. Like these guys trying to jump the canyon that have inverse peckers and don’t do anything. They sit in front of the t.v.

How’s life on the road?

CHUCK: We played Twangfest recently. I was so drunk. It’s fun to look like a moron sometimes. But the shoegazers don’t dig that shit. You’re supposed to be intent and look at the floor, and instead, we’re all over the place. Anyway, we felt like the turds in a punchbowl at Twangfest. There were all these country bands, and I was just really paranoid and the bartendress was really nice, pouring Jagermeister like it was creek water. I was drinking the hell out of it. Pretty soon, I couldn’t stand up. That was a bad thing. I got testy with my words and mocked out cowboy hats. But it went over well. We did fine.