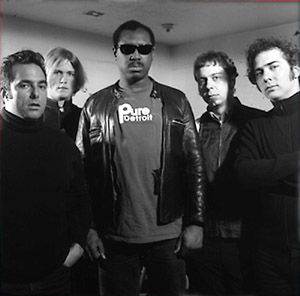 Who doesn’t love Detroit City Rock??? Be it the jamming Kiss tune or the entire designated scene. There’s ‘60s-inaugurated legends such as Mitch Ryder & the Detroit Wheels, Ted Nugent & the Amboy Dukes, Iggy & the Stooges, the MC5, Bob Seger, even early Alice Cooper, just to name a few top shelf components. Then there’s a host of lesser known contemporary garage-rock inheritors who’ve roguishly popped up in the last decade or more, such as the Hentchmen, Paybacks, Sights, Detroit Cobras, The Go (where Jack White got his start), Von Bondies, and another durable combo, the Dirtbombs.

One thing these legends and semi-popular artists have in common is they define what a motor city madman (or woman) love to do best, strut their stuff in front of a sweltering partisan audience as a labor of love. Asking no quarter and barely receiving one, the latest crop truly ‘dig’ Detroit’s lasting historic figures, be they homespun rockers or renowned Motown soul singers.

Inarguably one of the most energetic live crews now making the rounds in small clubs nationwide, the Dirtbombs, fronted by Mick Collins, a casually-dressed roughly-bearded sneaker-wearing punk-nurtured black man with a beat-up 6-string and rangy voice, rely on frenzied axe exchanges and dual-kit rhythmic fury to start the party. Make no mistake. Collins merits much more exposure on the grand scale. 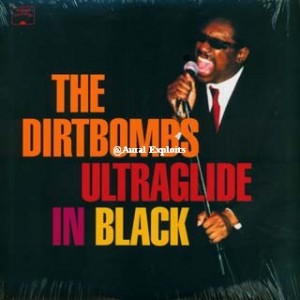 But he ain’t one to complain just as long as he’s grooving. Wearing shades throughout his mid-October Maxwells showcase, the fully confident powerhouse (tenured in seminal ‘80s underground group, the Gories), took complete control of tunes both old and new. That is, with the exception of an opening balladic retreat, where Collins remained in the wrong key, mumbling through the heartfelt lyrics ‘til freshly added bassist, Zachary Weedon, quickly dispatched the words until the song finally did breakdown only to come back into fruition later this crisp autumnal eve. While less experienced performers would’ve been seriously troubled by such a dubious malfunction, the friendly headman laughed hysterically and burst into a smokin’ version of ranting boho rampage, “Get It While You Can.”

According to their jocularly unbound bandleader, the Dirtbombs have played this renowned Hoboken backroom about four times already during ’08. Apparently, the good rapport shared by Collins’ latest troupe has further heightened their spirited presentation.

Beat-hardened blazer, “Motor City Baby,” a band staple, got the Maxwells crowd huddled next to the stage shakin’ that ass early in the program. Collins’ most sensitively realized lyrical styling came during “Sherlock Holmes,” a gleefully sneered glitter-rock update of curious ‘70s-related Brit-pop tarts, the Sparks, retrieved from the ‘Bombs most recent long-player, We Have You Surrounded (In The Red Records).

As the sweat mark around Collins’ neck collar drifted down towards his belly by set’s end, the hundred fans on hand must’ve known they witnessed one of the very best high energy rock and roll outfits they’ve see in awhile. Under urging, the ‘Bombs came back for a two song encore that included a winding electrical blues scrum corrupting Curtis Mayfield’s martial arts-procured ‘70s soul hit, “Kung Fu,” and hook-filled “Train Kept A’ Rollin’” shuffle, “I Can’t Stop Thinking About It” (used in a Buick commercial). 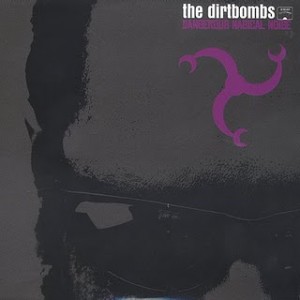 Two years hence, the decisive Dangerous Magical Noise found Collins going for broke on a set of nifty originals. Frenzied footstompin’ frolic, “Start The Party” (with its chilly castrated falsetto), commanding existential anthem, “Get It While You Can,” and glam-soaked T. Rex knockoff, “Motor City Baby,” deserve classic status and left me awestruck when rendered at Maxwells.

But as Collins and the gang leave the stage following a durable one-hour-plus set, all that’s left ‘til they venture out east again is the music between the grooves (or etched into a CD or streamed live on-line). Happily, the Dirtbombs sturdy ‘08 output, contained on We Have You Surrounded, finds them fully retooled, greased-up, completely retooled, and ready to roll, never straying too far from their roots-y brethren cruisin’ the Detroit freeway in high gear late at night post-gig.

An echo-voiced distress warning of ‘you got what you wanted’ gets pummeled home by the turbo two-chord guitar riffs and twin horsepower tom-cymbal percussion invigorating Surrounded’s reeling opener, “It’s Not Fun Until They See You Cry.” Searing jungle-beaten Amboy Dukes-like rampage, “Fire In The Western World,” could be the ultimate engine-driven highlight. But tenaciously chuggin’ rumble, “I Hear The Sirens,” and solid-bodied reverb-crazed rumpus, “Leopardman At C & A” (comic Alan Moore’s short story put to music), also kick up a lot of dust, as does the accusatory quick-spit rhyme scheme aligning forceful tremor, “Wreck My Flow.” A befitting catch and release tension fuels “Ever Lovin’ Man,” where a female Gospel choir backs up Collins’ demonstrative bellowing.

Never forgetting where he came from and proud as hell of it, the resolute Collins may not turn his revolving first-rate unit into a household name anytime soon, but that’s probably not what he had in mind anyway when he christened them the Dirtbombs. So sit back, grab a few suds, light some herb, and let these mightily explosive Detroit denizens zoom through the expressway to your mind. And then go see ‘em live next time they come ‘round. Be ready to get blown away.

One thought on “DROPPING DIRTBOMBS ON HOBOKEN”