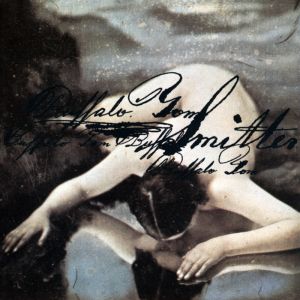 Countering the softer songs are the blustery Replacements-like “Walking Wounded,” the propulsive rocker “See To Me,” and the organ-doused beat-driven “White Paint Morning.” But undoubtedly, the most infectious track on Smitten has to be the power pop opener, “Rachael,” with its swooning harmonies and flirty schoolyard naivete.

A big vinyl junkie, Janovitz recently purchased a few Miles Davis albums at a yard sale; and he was listening to a ‘70s Raspberries song right before calling me up at work one hot August afternoon.

Would you consider Smitten a natural progression from past albums?

BILL: I suppose so. The bottom line is we don’t want to put out the same record twice. We try to make each record somewhat different than the one before and make them unique. We can’t be like AC/DC. They found a winning formula and kept putting out the same song. But that’s not what keeps us together. We have the same lineup, but try to see what we could do with the balance of Buffalo Tom. Sleepy-Eyed was a little noisier than the album before it. So I don’t think our progression has been linear. We’re not shoegazers or even bellybuttom gazers.

Does the title of the album have to do with being ‘smitten’ by some real or imagined love interest?

BILL: We always have a long drawn-out fight over which title to choose. Smitten was inspired by the albums’ artwork. It has a narcissistic woman looking at the reflection of herself in the pond. It’s more of a dark play on the word smitten.

Where do you draw most of your inspiration for song ideas?

BILL: Most are personal, or even biographical. They tend to be about snippets of conversations or images from my life, but they’re not necessarily about me. They form as loose composite sketch. The song, “Register Side,” is probably one of the few narratives I’ve written.

Your voice has gained an emotional richness over the years. 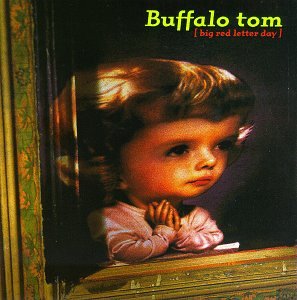 BILL: On our first record, I wasn’t even paying attention to my voice since it was more like a garage record. Over the course of a few records, I care more. The turning point was Big Red Letter Day. We spent an inordinate amount of time with our producers, the Robb Brothers, who let us pay attention to pitch. Then, on the next record we were able to do vocals live in the studio. Before Big Red Letter Day, we did records with different combinations of Fort Apache guys. They were done relatively quickly. Then we toured with Let Me Come Over and it took a long time to make Big Red Letter Day. We tried to make a timeless classic instead of an over-the-top guitar record. So we went to California with our guitars, rented amps, and came up with sounds we weren’t used to. It changed up the whole format. Then we pared it down and did more of a garage record with Sleepy-Eyed.

Do you consider Buffalo Tom part of the still thriving Boston scene?

BILL: When we started out, Galaxy 500, Pixies, Dinosaur Jr., and the Lemonheads were getting big. I don’t go out as much as I used to, so I’m not as close to it now. Actually, back then we’d see those bands more often in Germany than in Boston. We’re still all friendly. I went to dinner with Tonya Donnelly the other night.

The lead single off Smitten, “Rachael,” has an effervescent youthfulness that adds to its catchy pop appeal. It’s perfect radio fodder.

BILL: Chris wrote that after being inspired by a movie (editor’s note: specifically, it was inspired by Guilletta Massina’s role in the Fellini film, Nights Of Cabiria). It may have a schoolyard romantic notion, but I can’t say for sure. It gives you this Lolita-type vibe.

Was there a conscious effort made to diversify the album by switching from fast to slow and soft to loud?

BILL: Yeah. There always is. We want the songs to flow together, but we had different ideas about the rotation. Some lightweight pop is tossed in near the end. But the arena rocker, “Walking Wounded,” seemed like the perfect closer since you could almost hear ‘thank you, good night’ at the end of it.

What did guest keyboardist Phil Aiken add to the songs?

BILL: He’s a local guy in his thirties. It’s funny. We were dipping our toes in the keyboard waters before. We only used them on previous records as an afterthought. This time we rearranged songs with traditional keyboards in mind. We were confident enough to expand beyond the basic rock instrumentation of guitar-bass-drums. I’ve always been into highly produced studio projects like 4AD Records. We mess with the keyboards so they don’t sound so roots-y and maybe closer to the atmosphere of early Rolling Stones records.

Chris has composed music for theatre productions of Ken Kesey’s One Flew Over The Cuckoo’s Nest and John Steinbeck’s Of Mice And Men. Would Buffalo Tom consider soundtrack work?

BILL: We’ve been dying to get on a soundtrack for a long time. But we’d rather do scoring for films as opposed to just tossing in a song. Chris did locally based theatre for a friend, but he sees more movies than anyone I know.