“Our initial recording was a little rough. We weren’t serious. There were a couple good songs,” Herod shares in my van prior to hitting Luna Lounge’s stage for a sterling hour-long set. “Then we got Brian Paulson (Jayhawks/ Wilco/ Son Volt) to produce Def Needle, and Yep Roc Records signed us.”

“It cost $1,200 to record the debut, done in two weeks on 16-track. The next was $4,000 and was a sheer labor of love. By the end, we almost killed each other, but it was worth it. It was bigger than the band. I’ve never felt the records had to necessarily represent exactly what the material make up of the band is. It’s more like what do you want the record to sound like, then try to achieve that live. It should be as lush as you want, without thought of how to replicate it live. It should be a big, fun mesh.” 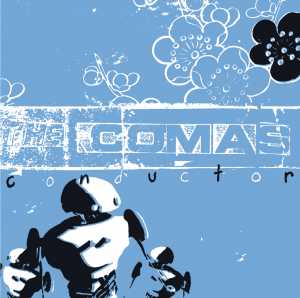 Herod claims, “At that point, we were under pressure to make something more cohesive and grounded to get the songs across. We tried to get a real producer but the results were awful and slick. We learned patience the hard way and that not everyone knows what’s best for us. My friend, Alan Weatherhead, an amazing guy from band, Sparklehorse, then did the production – a lovely recording experience at Richmond’s Sound Of Music. It was more personal. Warner didn’t care for it anymore, but we made what we wanted. The movie has a different perspective. In L.A., I met a bunch of people who watch it regularly projected on walls while eating mushrooms floating in pools. But the movie never connected with me. Hopefully, it was above and beyond the sum of its parts. I get a vicarious thrill through its success.”

Herod admits, “I got into the Beatles through my parents. But the Pixies got to me in high school. I started The Comas afterwards. Seeing Spiritualized a few times was amazing. I realized that after Jason Pierce joined Spaceman 3, he’d put something together that was trippy and mellow, yet heavy – heartbreaking love songs. We don’t sound like them, though.”

“I was stuck for Def Needle’s title when I mistakenly heard the phrase from friend, Laird Dixon, of band Shark Quest,” he says. “We were drunk outside the bar and I asked when I’d see him again and he said “definitely tomorrow.” Conductor, as in conduct electricity or conductor of an orchestra or running a train engine, had several interpretations. After its recording, the movie story concerns a scientist obsessed with the moon who goes off the rail. I saw him as conducting madness through the moon put back out at the world. Spells, as in ‘put a spell on,’ in conjunction with the panic attacks I was having at the time from anxiety building up, and the fact it hadn’t been used as an album title before, seemed to suffice.”

“Our release date for Spells was months away. So I went out with them on tour. They’re some of my best friends. I’m in trouble drinking too much if I’m bored,” the part-time bartender asserts.

“I moved to Brooklyn because I wanted to make the most out of making a record. Mission accomplished,” Herod confesses. “But it’s easy to get wrapped up in New York City, so I’m leaving for L.A. There’s ten times the love for The Comas out there. It’s more of a sunny party vibe. I know the Rentals and Earlimart as friends. I could get free studio time, and our label, Vagrant, is there. The band may stay in New York, but I’m light. I could pack up and go easily.”

Will the change of venue modify The Comas sound?

“I hope so – onward and upward. I’m really optimistic about moving. It’s a beat-down here to pay rent or have a car.”