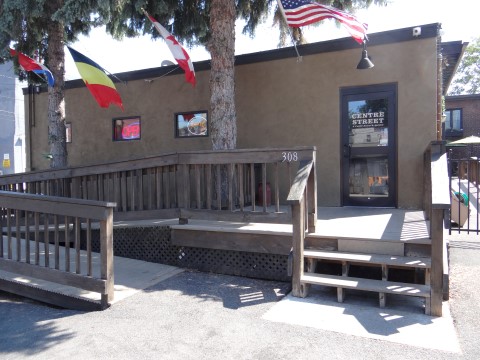 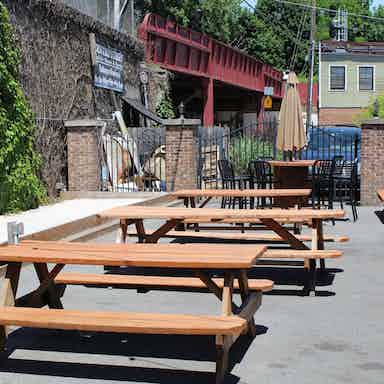 Six metal tables and one community table lead to the central 12-tap serving station. Brew tanks are stored to the right and the high aluminum ceiling has exposed pipes.

An English and Belgian ale fan, Owens was partially inspired by early ’90s craft brewery’s such as Sierra Nevada and Dogfish Head. 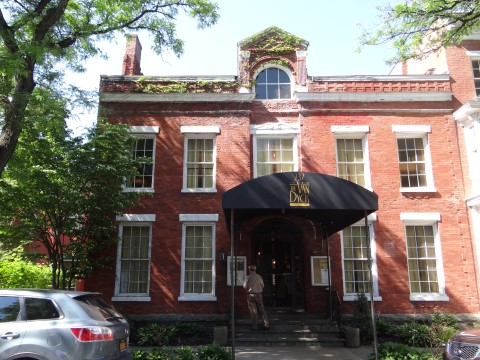 A prominent carpeted dining area with tiled hearth opposes the left bar while a brick and windowed brew room adorns the rear nearing the back deck.

Keeping with its antiquated brothel setting, curtained front windows and dim lighting complete the score during my March 2017 mid-afternoon sojourn.

During October ’20 stopover, grabbed a table near the beautiful tile-chimneyed hearth with wife and son, Chris, at dinnertime to consume four previously untried brews.