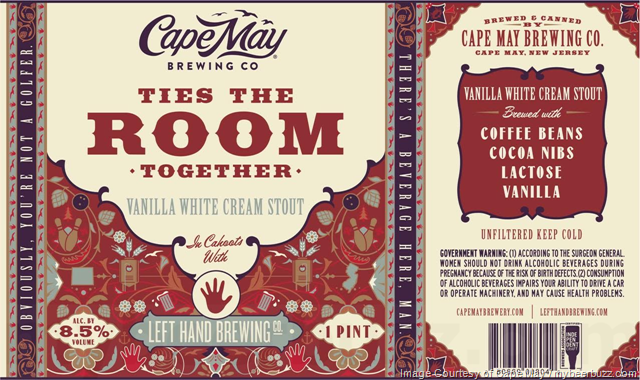 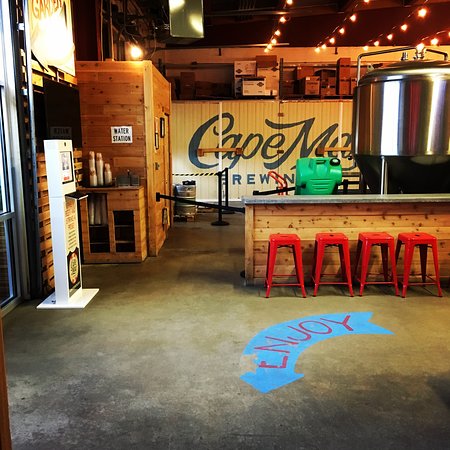 Inside a blue aluminum storehouse at Cape May Airport, expansive CAPE MAY BREWING COMPANY operates not only this high-ceilinged back-decked brewpub, but also another brewing facility just a few hundred feet away.

But the most prominent spot may be the stamp concrete-sealed back deck. A closed-in outdoor space with red umbrellas and plenty of seating, its backyard beer garden charm was undeniable this sunny afternoon.

Opened in 2011 by two Villanova grads, Cape May Brewing continues to expand its brewing boundaries both functionally and creatively. A licensed pilot, Ryan Krill, founded Cape May along with fellow Wildcat, Chris Henke, becoming one of New Jersey’s largest craft breweries post-haste.

In its present 2019 configuration, sour ales are crafted at the central brew room while the separate cement-floored warehouse down the road houses a massive 30 BBL silver tank system, a canning line and storage center (with a backroom microbiologist keeping the yeast strain pure).

On my noon time voyage in early April ’19, I grabbed a seat at the barroom’s granite-topped L-shaped bar to consume ten rangy samples.

Another IPA, Catch The Drift, lacked the expected haze of a New England version, but its floral citrus alacrity, lemony banana tartness and herbal spiced niceties spread goodness all around.