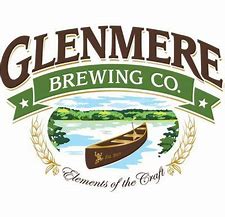 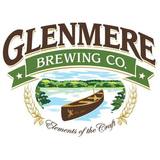 Inside an inconspicuous large grey shed behind a car wash in the rustic village of Florida, New York, GLENMERE BREWING COMPANY came into existence during July ’16. Located within a few miles of Warwick beer pub haven, Eddie’s Roadhouse, and respected garden center, Pennings Farm, Glenmere’s reliable logo “Elements Of The Craft” represents co-owner/brewmaster Michael Sandor’s sound philosophy of proving ’the hallmark of all beer should be good drinkability and likability,’ preferably from locally sourced ingredients.

A lifelong local Orange County native, Sandor became active in the homebrew community and judged brewing competitions before starting his own business plan with partner Fred Mehler. Some of his favorite stylistic offerings are Imperial Stouts, German Lagers and dunkelweizens.

“The area was changing and people’s tastes were also changing,” Sandor confides as he pours four goblet samplers for me this cold February ’16 Saturday afternoon. “Millenials always want the next thing. But it’s challenging. 70% of what they purchase is stuff they never had before. Most recipes are developed, then there are adjustments. But ultimately, it’s worked in our favor. We’re always onto something else.”

Presently, Glenmere’s fermenting an English Style Strong Ale as well as readying a smoked porter and a stout. As of February ’17, they are self-distributing within New York State.

Sandor says, “Because there are so many India Pale Ales available, I haven’t concentrated on that style. A large percent of the craft beer market are IPA’s and seasonals. Once people get past the bitterness, they build a comfort level for IPA’s. It’s my favorite hangover style for the morning after.”

It’s also worth mentioning the live acoustic showcases that take place once in awhile.